Anne Heche was an American actress who found fame in both television and motion pictures. By her own admission, including the title of her memoir, Call Me Crazy, Ms. Heche suffered from mental illness. She also had a storied history of drug and alcohol abuse.

On August 5, 2022, Heche crashed her car into a home in a Los Angeles suburb. At the scene, her car burst into flames, igniting the house, which was badly damaged. She later was pronounced brain dead on August 11th, and life support was removed on August 15th.

The coroner ruled the crash as accidental, although the toxicology report showed that she had cocaine in her system. It isn’t known if she was suffering from mental illness at the time of her accident. However, Anne Heche’s cocaine use along with her failing mental health was likely both involved in her tragic end.

Anne Heche opened up about her mental health struggles in 2001 when she was interviewed by Barbara Walters. She had just authored her memoir, which was a very transparent look at her troubled life. Heche described her family life as very dysfunctional and that her father abused her sexually during her childhood.

By her own admission, Heche suffered from mental illness. She described living in a fantasy world and having a dual identity, which she named Celestia. She declared that this alter-personality lived on a different planet and spoke to God. She stated that she believed she had schizophrenia. In reality, her illness was more aligned with dissociative identity disorder (DID), also called multiple personality disorder.

DID is a mental disorder where the person develops alter egos. Each personality is distinct from the others and can control its behavior at different times. A person with DID can have many “alters” and each one is different from the other. DID is a rare illness that is often caused by sexual or physical abuse in childhood.

Symptoms of DID include:

An interesting side note is that Anne Heche had visited a hair salon and purchased a red wig shortly before the crash that ended up taking her life.

Ms. Heche also struggled with substance abuse for many years. The drug that was in her system at the time of the accident was cocaine. Cocaine is a white powdery byproduct of the coca plant grown in South America. It is a stimulant that revs up the central nervous system.

The effects of cocaine are what attract people to this drug. It gives the user a sense of confidence, a burst of energy, and a feeling of euphoria. The high is short-lived, lasting about one hour. To extend the sensation, people will often do several rounds of cocaine in an evening.

Signs of Cocaine Abuse and Addiction

Cocaine is a highly addictive substance. With repeated use of this drug, tolerance begins to build up to its effects. This causes the user to increase their dosage and frequency as they chase the initial high.

Signs and symptoms of cocaine addiction include:

When someone has a dual diagnosis, they will require a specialized treatment program. These programs are staffed with both addiction experts and psychiatrists, who then provide treatment for both disorders.

Seeing the Signs of Mental Illness

Although it is still not known if Ms. Heche was exhibiting overt signs of a mental health crisis on the day she crashed the car, she has in the past. She described in her own words her symptoms. In fact, in 2000 she was found in Fresno knocking on a stranger’s door. It was reported that she claimed to have spoken to God who told her they would be going to a different planet.

Different mental illnesses have different warning signs. Here are some other types of red flags that someone is in the midst of a mental health crisis:

The basic treatment elements will include:

The Treatment Specialist is an online resource for informative articles on mental health conditions and treatment options for adults, teens, and families. If you or someone you know is struggling with a cocaine problem, please reach out today at (866) 644-7911. 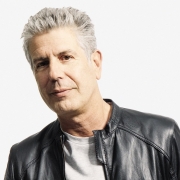