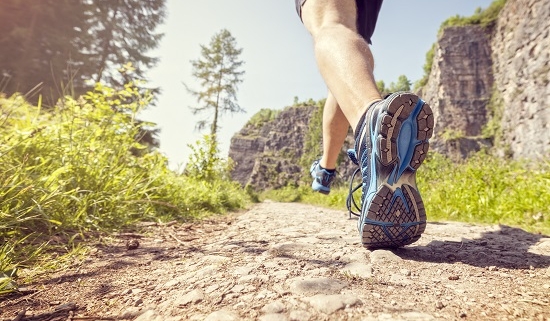 There are many reasons why people may have mood swings. Sometimes, it’s simply a matter of an acute change in someone’s mood. However, certain medical conditions can cause unpredictable and extreme mood changes, such as bipolar disorder. This condition induces radical changes between manic, high moods and depressed low stages. Luckily, many types of therapy and medication have shown results in managing bipolar disorder.

And certain studies indicate that exercising can actually help people suffering from bipolar disorder. That’s why we’ve decided to take a look at how physical activity affects this medical condition!

In most cases, doing some exercise will positively affect your mood. That’s because the brain releases a certain type of “feel-happy” chemicals when we work out, medically referred to as endorphins. Also, exercise tends to boost testosterone levels; which could be beneficial for men who suffer from bipolar disorder. Studies have indicated that most males who suffer from bipolar disorder have significantly reduced testosterone levels, further affecting their mood. Also, note that the side effects of low testosterone can be significantly worse than having a high testosterone level. These include fatigue and depression, and even Alzheimer’s and osteoporosis.

This is also why doctors recommend exercise to people who are suffering from depression too. Not only does working out on a constant basis affect your brain chemically, but you’ll also build a more positive body image over time. Plus, exercise is known to lower stress levels. Because of all of this, most people assume that doing exercises like swimming and running will have a positive impact on individuals with bipolar disorder. And that’s true – but not each time.

There are plenty of physical treatments that are designed to help people with mental issues. For example, more and more people are turning to EFT tapping for anxiety reduction, or to the abovementioned exercises that keep depression away. Logically enough, swimming and running will help those suffering from bipolar disorder too.

One study has indeed shown this to be the case. Certain bipolar individuals have shown reduced hypomanic symptoms after indulging in exercise. Also, the lower energy levels people have after they’re done with their workout have a calming effect; obviously beneficial to bipolar individuals. Cardio-intensive workouts like running and swimming are especially useful in this regard, as they also help you sleep better afterward.

However, it should be noted that the very same study that we’ve just mentioned above has also indicated potential adverse effects. There have been certain situations in which bipolar individuals did not benefit from exercise. Conversely, they actually had heightened manic symptoms afterward – the so-called “spiraling effect”.

Furthermore, additional studies have corroborated such findings. For example, a 2013 study had tested the effects of wellness training, proper nutrition, and exercise on obese people suffering from bipolar disorder. As expected, the program helped them improve in terms of weight and physical health. Also, depression symptoms were noticeably reduced afterward. However, the results indicated that working out had caused heightened manic symptoms in certain individuals.

Suffering from bipolar disorder doesn’t just affect your mood. Apart from that, the condition means that you have a higher risk of suffering from other health-related issues. A research that was published online in 2015 has indicated that bipolar individuals are also at a higher risk of stroke, diabetes, heart disease, and general obesity.

This research shows that these health risks aren’t just a concern for bipolar people, but may also adversely affect their bipolar symptoms. Possibly, the lack of physical activity that usually comes with this condition is what causes the above mentioned heightened risks. Many studies indicate that people suffering from mental illnesses live a more sedentary lifestyle compared to those who aren’t.

Obviously, exercises like swimming and running can lower the risk of worsening or contracting these health issues that are common in people with bipolar disorder. Watching your weight and being below the obesity line will reduce the risks of type 2 diabetes, heart disease, and stroke.

As we’ve mentioned above, people with bipolar disorder also frequently suffer from obesity. And we’d be remiss not mentioning that in certain cases, the weight gain leading to obesity is actually the result of bipolar medication. The drugs that help combat bipolar disorder may also cause changes to your metabolism, not allowing your body to burn as many calories as it otherwise would. Also, some of this medication increases your appetite.

Generally, mood stabilizers, antipsychotics, and antidepressants are known to potentially lead to weight gain. If you’re using these and notice that you’re gaining weight without eating more than before, make sure to contact your physician. Uncontrollable weight gain is a good reason to try some other medication. But crucially – don’t stop taking any kind of medication or alter the prescribed dosage without a consultation with your doctor. Naturally, doing more exercise will help you deal with the additional weight.

Unfortunately, bipolar disorder is not completely curable – it’s a lifelong condition. However, proper treatment can lead to lessened symptoms. Usually, this treatment involves medication as the primary option; but exercise is useful as well. In most cases, bipolar symptoms are reduced after working out, as well as all of the other health risks associated with the disorder.

Most doctors recommend exercising for half an hour, three to five times weekly if you have bipolar disorder. With that in mind, talk to your physician about the inclusion of planned workouts in your new treatment plan. But if you haven’t worked out before, or recently, consult your doctor about your training regimen.

Also, if you notice any activity causes you to have worse symptoms, pain, or both, stop doing it right away. Do not push yourself! And as we’ve mentioned, manic bipolar symptoms can increase after exercising in certain cases. If that does happen, also make sure to talk to a doctor ASAP. Your personal safety and wellbeing should always come first.