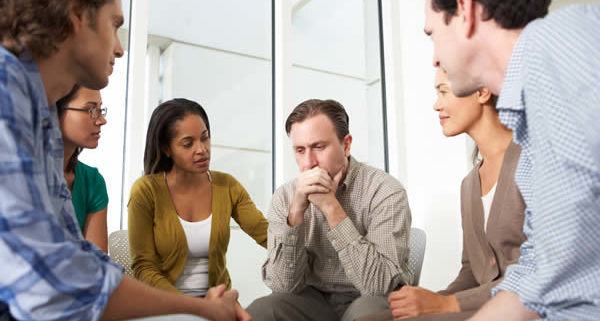 How Does the Body Become Addicted to Cocaine

Cocaine addiction is somewhat different from other drug addictions because both the effects and addiction are mental and psychological more than they are physical. This type of withdrawal is often easier to cope with physically, but is more challenging and difficult in other aspects.

Cocaine is water-soluble and leaves the body relatively quickly, compared to other drugs. This makes the physical aspect of cocaine detox pretty simple and quick. Unlike detoxing from other drugs that remain in your system for longer periods of time, cocaine withdrawal does not generally have physical symptoms such as vomiting and shaking since it leaves the system so quickly.

Cocaine’s withdrawal effects are more psychological since the drug causes the brain to feel an exaggerated since of extreme joy, causing the brain to crave the drug and continuously want more in order to achieve that same feeling.

During the cocaine detox period, you will likely experience some or all of these symptoms in varying degrees.

The length of time and intensity of the symptoms greatly depends on you level of support during the detox period as well as your individual coping mechanisms and duration of cocaine use. However, intense cravings and depression sometimes last for months, especially if you were a heavy cocaine user on a daily basis.

Going to Detox to Deal with Increased Intense Cravings

During periods of intense cravings, you may feel an even greater increase in depression or agitation. Some individuals also experience feelings of fear, extreme suspicion or paranoia and may have suicidal thoughts.

The combination of psychological withdrawal symptoms makes it even more difficult to resist the cravings. Many people are tempted to relieve their withdrawal symptoms with alcohol or other medications, which only transfer the addiction to another substance.

There is often an increased risk of overdose and suicide in individuals who try to complete a detox program on their own due to the intensity of the psychological withdrawal. Luckily, you don’t have to struggle through the detox process on your own. Having a reliable support system in place is essential to your success.

The Importance of Support and Treatment

To not be alone while going through the cocaine detox process and withdrawal symptoms, it is important to be in a safe environment to detox and where you will get the physical and emotional support you need.

Inpatient services provide a safe place to go through the most intense periods of withdrawal where you won’t be tempted by outside influences. You also have 24-hour support for dealing with the intense cravings, depression and potential suicidal thoughts.

Throughout the rehabilitation process, you’ll learn new behaviors and strategies for coping and living your life drug-free with a fresh start. Call 866-644-7911 to connect with a treatment center for help now.

How to Deal with Teenage Drug Abuse
Scroll to top