I can’t believe I am doing this again. Pulling up to the drive thru window, I wonder the true source of my incessant hunger.

My clandestine visits to fast food chains had increased steadily during my senior year of high school. Trips to the grocery store or various other errands usually included a secretly planned pit stop, my thin resolve doing little to prevent me from rapidly succumbing to temptation. At first, this subtle change in behavior did nothing to cause alarm. I would convince myself that this lapse in judgment would not happen again during my frequent appointments with an order of large fries. Sometimes I held a double cheeseburger in my hands, or another item off the dollar menu. A dollar here, a dollar there; a calorie here, a calorie there.

After each rendezvous I felt a tinge of guilt. Somewhere deep inside I knew that I was eating far too much; however, food was starting to possess quite a hold over my life. Caught up in a tumultuous set of circumstances – the origins of which were entirely outside my realm of control – the stability offered by these covert missions proved tantalizing. Although they did little to quell my insatiable appetite. No matter how much I consumed, I could never get enough.

Consuming salty, greasy food provided an easily accessible way to relieve stress. Pulling off the road to engage in a few stolen moments of quiet eating, I quickly felt empowered by my choice to snack as I liked. Quickly scarfing down a salty and carb-filled meal, my indulgences were truly mine own. Fast food bags and other related articles of trash were cleverly disposed of in public trash cans, ensuring that my embarrassing habit remained out of public view. Victorious, I returned home, feeling defiant in my newfound freedom.

Those of us who have survived traumatic events know what it means to desire control. We long to be the master of our domain, to feel as if we are truly the captain of our own ship. When life feels out of control, we sometimes overcorrect; or, engage in unhealthy behaviors almost seemingly on an unconscious level.

An accident that left me badly burned as a teenager – the details of which can be found by visiting www.holdingontohopetoday.com – seemingly precluded me from the normal considerations consuming the average teenager concerning physical appearance. My discomfort over how I looked weighed on my psyche, leading me to desire a way in which to hide my face. The shame felt over this sudden change in appearance may have inadvertently caused me to fail to grasp the implications of my weight gain. My entire focus shifted towards my face, a reality that allowed my ever expanding stomach to continue growing with each passing day.

This set of circumstances presented my loved ones with quite a conundrum. Should they speak up and risk possible alienation? Or should they keep quiet, hoping the problem would be solved on its own? Eventually, my mother discovered my secret. Rather than engaging me in a lecture, she reminded me of my value. She subtly articulated the reasons for eating healthfully; that self-worth is in part derived from a sense of well-being. She understood then what it would take years for me to eventually digest; mainly, that my ever-expanding waistline was symbolic of the inner turmoil rapidly enveloping my soul.

So to those struggling with weight, take heart. You matter. You are a person of value, regardless of how you look; and, more importantly, regardless of how you feel. Your emotions do nothing to alter the inherent worth possessed by every human being. As you confront the past, attempt to create healthy memories by living well in the present.

Despite lessons learned, my struggle with weight is a lifelong endeavor, continuing to arise even in the present day. The sedentary lifestyle imposed as a result of a recent surgery caused me to once again gain unwanted weight. After making a successful recovery, I am working hard now to shed more than a few pounds, my attempts to make healthy choices successful some days more than others. This time, much of the emotional turmoil swirling around my world has been resolved. As chronicled in several recent Facebook posts, my war against my scars is finally coming to a triumphant close.

None of this is to say that temptation does not still arise. Sometimes, especially after a hard day at work, I drive by those iconic golden arches and long to indulge just one more time. Until I think about the years of work I have put in, the time I spent carefully pursuing both emotional and physical healing. My car nearly always remains in the same lane, gliding towards my originally intended destination. Even if a part of me may always miss the act of ordering a basket of large fries. 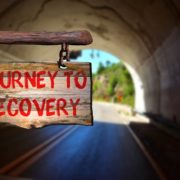 Motivation for Recovery from Addiction and Mental Health 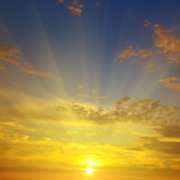 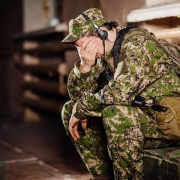 What is Survivors Guilt and The Definition 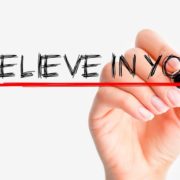 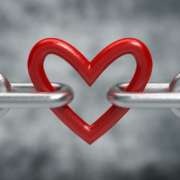 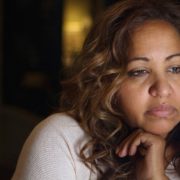 How to Help Someone Overcome an Opiate Addiction
Scroll to top