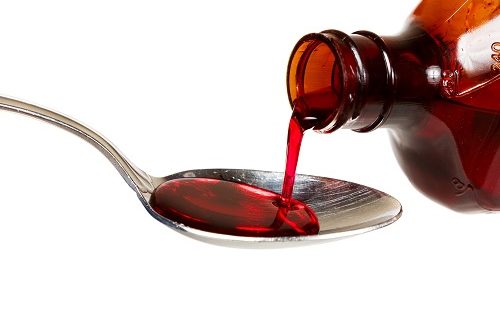 Throughout the country, prescription drug abuse has been on the rise in the last decade. However, most people associate this epidemic with substances such as Xanax or OxyContin. Few people may realize that the codeine in a cough syrup has become another popular yet dangerous way to abuse opiates.

Purple drank or ‘sizzurp’ or most commonly known as “lean” has been popularized by pop culture references since the 1960s. The first ever mention of this concoction as a method of getting high came out of Houston. While sipping lean, this beverage can give the user a number of different euphoric effects, it also has a number of dangerous side effects. Especially when taken at a high dosage, a large enough amount may even prove fatal. Different types of music icons have been linked to ‘sizzurp’ use, ranging from rapper Lil Wayne (real name Dwayne Michael Carter, Jr.) all the way to Justin Bieber.

What is Lean Exactly, AKA‘Sizzurp’?

The primary component of ‘sizzurp’, the substance that promotes the euphoric and relaxing effects, is the cough syrup. This cough syrup contains the antihistamine promethazine and an opiate – codeine. The reason that the concoction is often referred to as ‘purple drank’ or ‘purp’ is the purple-like color that is common in most commercially available cough syrup attributes. One of the other two ingredients of this mixture includes a soft drink (primarily Mountain Dew or Sprite). Oftentimes the user will add a Jolly Rancher candy, adding even more sweetness of the mixture.

What does it Do?

It is possible that drinking the beverage produces euphoric feelings. However, there are serious consequences to drinking this substance. Because the codeine is still an opiate, it can be extremely addictive when abused. Some of the side effects include:

Why is the Use of this Drug Dangerous?

The reason that abuse of this ‘sizzurp’ is dangerous is because it goes against the traditional, safe use. The codeine normally works as a pain reliever and a cough suppressant. The promethazine is included in the formula to treat nausea and motion sickness. The promethazine also has some sedating effects. The reason that it is often included in the formula is to ensure that users do not drink too much of it. It is a very common cough syrup that is quite safe if taken in appropriately prescribed quantities.

However, the problems occur when people start taking it in excess, which most people abusing ‘sizzurp’ do. When taken in large amounts, codeine – a respiratory depressant – may cause people to stop breathing altogether.

It is also problematic that most people who abuse ‘sizzurp’ will also ingest other illicit substances while they are ‘sipping’. Oftentimes they are consuming alcohol, another central nervous system depressant. When taken in large amounts or in combination with other drugs or alcohol, it may prove to be a fatal mixture.

It is important to remember that codeine is part of the same family of drugs as morphine and heroin. When taken in high doses, these substances can be extremely addictive. The result is not unlike someone struggling with a heroin addiction, except for the fact that these users are drinking their opiates as opposed to injecting or snorting them.

The reason most people who are struggling with opiate dependence are unable to make an immediate change in their life is that the withdrawal symptoms can be extremely uncomfortable. The withdrawal from codeine has been described as the “worst flu imaginable, you cannot sleep, you cannot eat, you have diarrhea, you are shivering, and every part of your body hurts.” The worst part about that feeling is knowing a single injection, a single pill, or a few sips of ‘sizzurp’ would offer immediate relief from all those nasty side effects. Especially if people are trying to recover by themselves, willpower alone might not be enough.

The Rising Abuse amongst Young Adults

There are an alarming number of young adults that want to emulate their favorite rappers or find a quick and easy way to get ‘high’. According to the statistics from the Food and Drug Administration, the number of emergency room visits related to abusing cough suppressants increased by more than 70 percent in just four years. While the number of people who abuse this substance is increasing, the fact is that some of sizzurp’s most fervent supporters have died at its mercy already. A selection of these include:

If you are Addicted to Night Time Cough Syrup, Help is Here

Why it is Important to Get Help

While codeine is not as habit-forming as heroin, once the person becomes physically or mentally dependent upon the substance, the withdrawal symptoms are similar to someone struggling with a heroin addiction. Even though some people are able to recover by themselves, most people feel overwhelmed by cravings and the physical discomfort of their body going through detoxification. For most people, willpower and good intentions is simply not enough.

Anyone struggling through opiate withdrawal pains should seek out a residential treatment facility and seek out medical observation. While the discomfort may still be intense, it ensures that medical professionals are there for the patient in the event that it might be necessary.

Even if the user does detoxify his or her body, those who fail to attend relapse avoidance therapy may struggle with the same problem in the future. Participating in a long-term program gives people the tools necessary to avoid temptation in the future and make it through the first tough months after they leave the facility. If we consider the dangers associated with the recreational abuse of cough syrup, it is important that people be aware of the thin line between feeling relaxed and giddy and that person suffering from respiratory failure. If you think you or someone close to you is struggling with these issues, make sure to get help immediately.