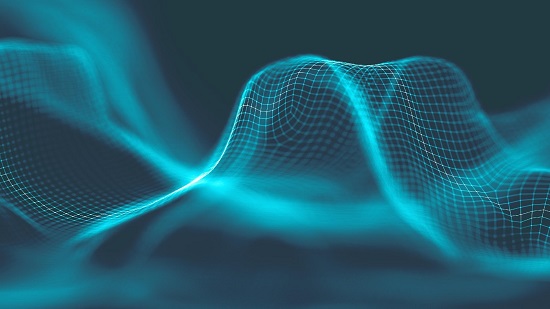 Digital drugs, otherwise referred to as binaural beats, are audio tracks of synthesized sounds, usually listened to through headphones, that introduce a slightly different frequency in one ear than what is heard in the other.  The specially designed tracks, such as the ones offered by iDoser, are said to activate a third frequency that can influence the state of mind. Referring to these tracks as “doses” and making claims that the results will mimic LSD, opium, cocaine, and marijuana has given rise to concern among parents that these binaural beat tracks may act as a gateway by creating curiosity about the real drugs.

The state of Oklahoma actually took action by issuing a formal warning about digital drugs.  Kids have continued to post YouTube videos of themselves supposedly tripping while listening to the audio tracks.  On iDoser’s website there are reviews posted by users of their audio products claiming to have “seen colors” and comments like “It was the best trip of my life.”  Whether the effects on the brain actually cause a high is debatable, but the power of suggestion is very potent regardless.

A German named Heinrich Wilhelm Dove first discovered the concept behind digital drugs in 1839.  Later, a scientist named Gerald Oster fleshed out the idea of binaural drugs in a 1973 issue of Scientific American, going into detail about how the brain processes two different sound frequencies at the same time.  Since that time, binaural beats have been sold as a panacea for various health maladies, such as treating anxiety, insomnia, headaches, or epilepsy.

Binaural beats act as a kind of optical illusion for the ears.  For example, while one ear is processing a sound wave frequency of 440 Hertz and the other is processing a frequency of 446, that difference of 6 Hertz is what is actually heard and which then creates a resulting brainwave state.  It is still uncertain which site of the brain is involved in perceiving the binaural beat.

There is some evidence that exposure to binaural beats can shift the mind to an altered state.  In fact, hypnotherapists utilize this technology to induce a deeper level of consciousness in their clients.  The clinical term used is brain entrainment. Manufacturers of brainwave entrainment devices claim that using them is the quickest way to achieve a Zen-like state of meditation.

These audio tracks have also been used for promoting relaxation, concentration, mental performance, and improved mood.  To date, there hasn’t been any scientific evidence that the tracks act as a drug analogue, as if the individual had ingested a recreational drug.

On some online forums there is discussion about combining the binaural beats with another substance, such as a prescription sedative or hypnotic, or a psychedelic like ketamine, that supposedly leads to a “dream state.”

There are some safety concerns around using these audio tracks.  Using them while driving is not advised due to the altered state of mind that could cause attention issues.  The same would be true for operating equipment while listening to these files. Other concerns revolve around potential hazards for people with epilepsy, heart disease, or for someone that is pregnant.

Some individuals report negative side effects after using these binaural beats for an extended period of time.  It seems that the mind will make adjustments, as with substances of abuse, after overuse of the audio files, and can lead to frequent headaches, nightmares, and restlessness.  The most dangerous health risk is that of seizures. Comments made regarding personal adverse effects of the binaural beat products can be found at mentalhealthdaily.com.

Getting Treatment for Digital Drug Addiction

As with any compulsive behavior in seeking an altered state through the use of a substance, becoming psychologically dependent on digital drugs has the marks of addictive behavior.  People who rely on using these files to achieve some altered state or to just relax may become obsessive about it, and begin to believe that they cannot relax without it.

Treating addictive behavior using cognitive behavioral therapy is effective because the therapist will guide the patient toward recognizing the distorted thoughts that may lead them to believe they must use these digital drugs in the first place.  The therapist will help them modify their dysfunctional thoughts and behaviors so they can overcome the need to use these digital drugs.

The Treatment Specialist will connect you to a treatment center that uses a depth of knowledge and experience to assist individuals in locating treatment for behavioral or mental health disorders.  By first assessing the individual’s unique treatment needs using a free assessment tool, the specialists can then draw from a wide network of high quality addiction treatment programs to select the best fit for your or your loved one’s needs.  For more information about getting help for digital drug dependency please contact a Treatment Specialist today at (866) 644-7911.

How the Increase in Alcohol Sales May Create a New Mental Health Crisis Post...
Scroll to top Click to Call for Help