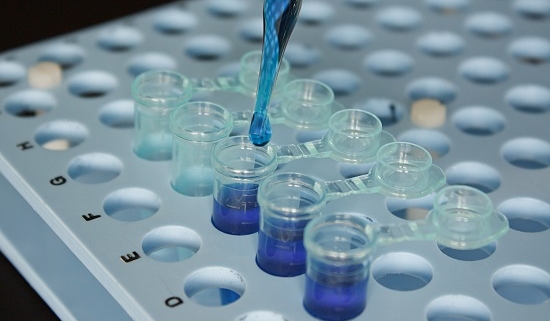 The DNA testing craze is in full bloom throughout North America. More and more people are turning to genetic testing companies to determine their ancestry – where their families came from, what struggles they endured along the way, and more. That can be very important information, however, for many people, the information provided is about more than genealogy. It can actually impact health and wellness today, and for future generations.

The first step is to find the right genetic testing company. There are many options today, with more in the planning stages. However, they are far from being the same. Being able to compare DNA testing companies on an apples-to-apples basis ensures that you’re able to make an informed decision and support your health, as well as that of your children. For instance, if you were to compare Ancestry vs. MyHeritage, you would find several differences, including:

Once you’ve chosen the right company, you can begin comparing markers within your genetic makeup with an eye for important health metrics. For instance, there are genetic defects that are only applicable to certain people with a particular genetic makeup, such as Ashkenazi Jews. These defects can cause multiple diseases and can be passed on to your children and grandchildren.

Diseases and Geographic Areas of Origin

The US National Library of Medicine Genetics Home Reference resource explains, “Some genetic disorders are more likely to occur among people who trace their ancestry to a particular geographic area. People in an ethnic group often share certain versions of these genes, which have been passed down from common ancestors.”

It is important to note that most DNA testing companies do not screen for diseases specifically, at least not those firms focused on heritage and ancestry. Instead, they help you determine what geographic region your ancestors came from and allow you to draw your own conclusions based on that.

For instance, if your ancestors came from Eastern Europe and you are of Jewish descent (Ashkenazi), then there is a high probability that you carry at least some genetic markers for a number of potentially deadly diseases, including the following, according to the University of Michigan:

Another example comes to us from the journal Pathophysiology and Natural History, which published a study showing that “Children in the eastern part of Finland have higher serum total and low-density lipoprotein (LDL) cholesterol levels than children in the western part of the country. This is consistent with the high mortality rate for coronary heart disease in eastern Finland. Eastern and western Finns are assumed to have different geographic origins.”

Other examples of this can be found below:

The short answer to the question posed above is “no”. DNA testing cannot determine whether you’ll struggle with depression, face bipolar disorder, or develop an eating disorder with 100% accuracy. However, genetic testing can be used to determine if you have an elevated risk of developing some mental health disorders. It can also be used to help ensure more accurate treatments for these disorders with reduced negative side effects.

According to BlueCross BlueShield of North Carolina, “Individual genes have been shown to be associated with risk of psychiatric disorders and specific aspects of psychiatric drug treatment such as drug metabolism, treatment response, and risk of adverse effects. Commercially available testing panels include several of these genes and are intended to aid in the diagnosis and treatment of mental health disorders.”

The National Institute of Mental Health adds to the discussion, stating, “In…brain disorders, gene variants play a role in increasing or decreasing a person’s risk of developing a disease or condition.” However, the organization also recommends diving into your family history of mental illness, as “knowing that you have these gene variants won’t tell you nearly as much about your risk as your family history can.”

Using the Information from DNA Tests to Improve Your Health Outcomes

DNA testing is an excellent way to connect with your family’s past. However, it can also help you influence your future, particularly where your health and that of your children is concerned. With information from DNA testing, you can determine if you have a genetic background that is more susceptible to particular diseases, or if you are likely to carry markers for specific diseases and medical conditions.

Based on that, further testing can be performed to determine whether you are only a carrier, or if the disease will affect you. You can also determine the likelihood that you and your partner will pass along those genetic markers to your children, or, if you already have children, test their DNA to determine the presence of these markers.

Caveats That You Should Understand

It’s tempting to think that DNA testing is sort of an “be all, end all” to questions about where your family comes from, about the potential diseases you and your children might face, and more. However, while these tests are much more advanced than they once were, they are not able to lay everything out in black and white. There are many, many caveats to their use that limit what information you can gain from them and how applicable that information is to your life. What sorts of caveats are there? We’ll touch on those below:

However, when you go beyond Europe, things begin to get a little less well-defined. For example, suppose you have Native American ancestry. Many tests cannot differentiate between Native American DNA from North and South America. So, you’ll know that your ancestors were native to the New World, but perhaps not where they lived, which means you cannot determine the tribe with which you share DNA.

Ultimately, DNA testing is about more than connecting with your ancestry in broad swathes at this point, but it can also help connect you with your future and improve your health outcomes, too.