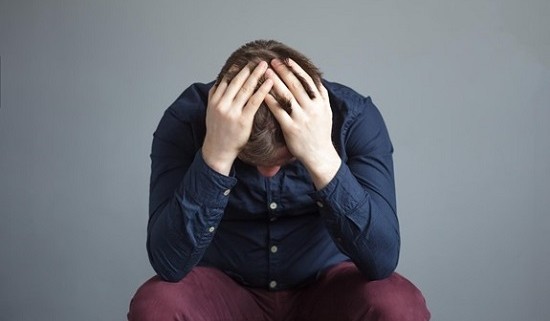 Drugs Can Cause Symptoms of Psychosis

Schizophrenia is a serious mental illness that features a break from reality. Psychotic symptoms, like hallucinations, delusions, and paranoia, are traits of this mental health disorder.

While schizophrenia is a mental illness separate from drinking or using drugs, certain substances can trigger the symptoms of it. The use or abuse of certain drugs can cause symptoms of psychosis.

Substances That Can Cause Symptoms of Psychosis

There are many drugs that can cause the intense signs of psychosis. A drug that comes to mind is LSD. LSD and other psychedelic drugs, such as mushrooms, peyote, PCP, and MDMA, can cause psychosis.

Not so obvious is the fact that today’s potent marijuana when taken in too high a dose can also lead to someone experiencing the symptoms of schizophrenia. Other drug-induced schizophrenia can be triggered by high doses of stimulants, such as cocaine, amphetamines, and methamphetamine. Not as well known is that some prescription medications can also cause signs of psychosis. These include:

How Substance Abuse Can Lead to Mental Illness

A study published in the American Journal of Psychiatry sheds light on this issue. It reports that about one-third of patients with drug-induced psychosis went on to develop mental illness.

It is known that an underlying mental health disorder can be a risk factor for developing a substance use disorder. This study concludes that a high number of addicts acquired a psychotic disorder as a result of the substance abuse.

This happens most with people who use cannabis and then have a psychotic event. After the event about 50% of them ended up with sustained mental illness, states The British Journal of Psychiatry. This study revealed that young male cannabis users were at highest risk for this outcome.

Substance-induced schizophrenia also appears when people attempt to detox from drugs or alcohol. Psychotic symptoms, such as hallucinations, delusions, and paranoid thinking are not rare during the detox. Indeed, drugs that could cause these symptoms in detox include cocaine, benzos, opiates, and meth.

The most severe psychotic withdrawal response occurs in people who experience the DTs during alcohol detox. The DTs affects 5% of individuals going through alcohol detox, especially among those with a long history of alcohol abuse.

The DTs is a medical emergency, with the symptoms suddenly and unpredictably emerging on days 3-4 during alcohol detox. Symptoms of the DTs include:

Approximately 1%-4% of those who experience the DTs will have a fatal outcome.

Whenever someone has a break from reality it is considered a psychiatric emergency. The most important thing to do for them is to protect them from harming themselves. Many individuals experiencing substance-related psychosis do attempt suicide.

People having this kind of mental breakdown should be taken to an acute care facility or a residential treatment center. In this type of setting they will receive the one-on-one care and support needed to stabilize.

Each substance of abuse has its own set of withdrawal symptoms, and the strength of those symptoms can vary. Mostly, this will be based on the length of time involved with the substance abuse. Other factors include the type of substance, age, and any co-occurring mental health issues.

As the symptoms emerge some hours after the last dose, the person will be closely monitored for adverse withdrawal symptoms. Also during detox, mental health support will be provided. This support is needed in case any outbursts occur, as is common with psychotic events.

When someone completes the detox portion of treatment it is a cause for joy. This means that the person has conquered detox and is more stabilized. Being stable helps them engage in the treatment phase of recovery.

To beat the substance problem that led to the psychotic event, the person will be involved in these treatment elements:

While drug-induced schizophrenia may be grim, with treatment and mental health support it’s possible to turn your life around.

The Treatment Specialist is an online resource for informative articles on mental health conditions and treatment options for adults, teens, and families. Contact us today at
(866) 644-7911.