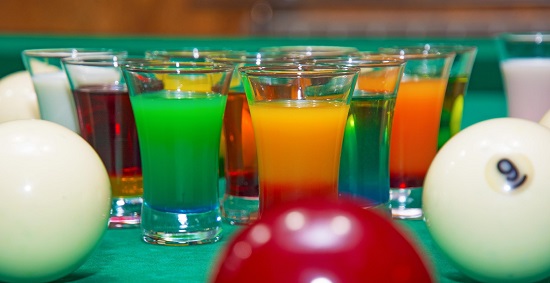 Dangers of Fraternity Hazing and Initiation

Fraternity hazing, that horrific process of vetting recruits or pledges interested in joining a particular fraternity, was supposed to have been outlawed years ago.  Thirty-eight states have banned these “Hell Week” rituals and the national fraternity organizations had as well.  Supposedly.

Fraternity hazing has been around for 200 years, with each year seemingly attempting to out-gross the prior years stunts.  With the increased intensity of the various challenges posed to the pledges, which often involved binge drinking along with violent and bizarre initiation rituals, have led to about 50 deaths nationwide of young adult men in the last 20 years.

Recently dubbed the “Fraternity Crisis,” the spotlight is being shined on this fraternity tradition by a Dateline NBC expose that featured the gruesome details of recent campus deaths.  In great detail, this Dateline exclusive, which aired June 3, 2018 and is available online, described the callous and insensitive response of the fraternity brothers toward the pledges as they lay dying, delaying calling for help until it was too late.  The grieving parents expressed unbearable sorrow and shock at the sudden loss of their precious children.

To learn that this disgusting practice is still occurring on the nation’s college campuses and associated frat houses is a wake-up call to parents of teens making plans to go off to college this fall.  Learning about the fraternity crisis, and informing those young adults about to leave home, is one way to know about these dangerous, even deadly, rituals that still take place today, and to plan to avoid any involvement.

At the center of the majority of the hazing rituals is binge drinking, usually in a progression of drinking challenges or dares in increasingly intensity over the course of the evening.  The human body is only able to metabolize a certain amount of alcohol in the liver, usually one ounce of alcohol per hour.  The frat pledges are challenged to consume so much alcohol in a short amount of time that severe intoxication, major impairment of mental and physical functioning, and loss of consciousness can occur.

Binge drinking is described as consuming five or more alcoholic drinks in a two-hour frame, overwhelming the liver’s ability to metabolize the alcohol.  The symptoms of alcohol poisoning include:

When someone has consumed toxic levels of alcohol they must get medical attention immediately.  Many young people die because friends mistakenly believe they can just “sleep it off.”  The alcohol poisoning impacts the central nervous system, causing respiratory distress, slowed heart rate, and an impeded gag reflux.  The individual could choke to death on their own vomit or inhale vomit into their lungs.  Alcohol poisoning is a medical emergency that, if ignored, can result in a fatality.

There is nothing new about college kids partying at college.  In fact, many college freshman consider drinking a ritual that is just part of the college experience.  In recent years, however, the trend toward excessive binge drinking has become problematic.  According to the National Institute on Alcohol Abuse and Alcoholism (NIAAA), 60% of college students admitted to drinking alcohol in the last month, with 60% of them engaging in binge drinking in that same month.

Some other statistics cited by the NIAAA include:

Another interesting NIAAA statistic is that more college attending young adults have alcohol use disorders, engage in higher rates of binge drinking, and are involved in more DUIs than non college attending students in the same age range.

Knowledge is power when it comes to being on the offensive regarding the fraternity crisis at the nation’s colleges.  In addition to the horrible hazing rituals that involve binge drinking, these dangerous games and behaviors are rampant in all aspects of college life, not solely frat hazing.  Understanding the dangers of excessive alcohol intake, and how to respond if a friend has become severely intoxicated, is the best way to avoid these dangerous trends when away at college.