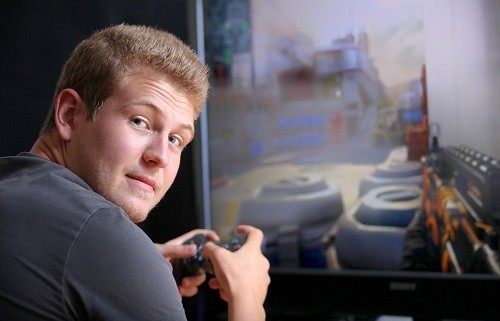 Video games are an excellent way to reduce stress levels. It is something most of us have wanted to do at some point last year. All video games are made for entertainment, but not all are relaxing. Some can even be stressful themselves. This article is a guide to help you choose suitable games to reduce stress and improve your mental health, considering how people differ in their manner of relaxing.

Generally, competitive online games can be stressful for most people. However, people with a competitive nature may relish the challenge these games provide, being a source of competition but without any serious consequence. Many of them can be played in teams with friends, offering a social element to playing these games.

Even with competitive games, there are often casual game modes that are taken less seriously. For those who like to play video games socially with friends and enjoy playing against each other, they could be an excellent choice to unwind and reduce stress. It can be an avenue for friendly competition among family and friends, even if they are geographically separated.

Some gamers might find the challenges posed by action/adventure games too tricky or a source of frustration, so they are not for everyone. However, mastering the challenges within these games can be a source of pleasure and pride for some. If you are the type that appreciates conquests as part of a game, this one is for you.

First-person shooter games tend to emphasize the ability to think and react quickly to intense, fast-paced situations. Many of these games have overlapping online competitive modes, but many also provide single-player experiences. Shooting down waves of enemies controlled by either AI or other humans can be a source of stress or relief, depending on the individual.

Many first-person shooters also have a social component. You can play these games with others in both casual and competitive environments. First-person shooters can range in tone from severe and realistic to light-hearted and comical, so there is an excellent variety in the type of offered games in the genre. Those who like gritty, realistic simulations and those who want escapist fantasy can both find something enjoyable.

Sometimes, simple card games such as solitaire can be a great source of stress relief. The good thing about these simple classic games is that plenty of free cell solitaire options are available online. You don’t need to pay anything to play. Card games offer a challenge in a relaxing, stress-free environment. The game moves at the pace of the player, and the rules are straightforward to understand.

There are varieties of these card games. These card games are played competitively online for those who enjoy some human interaction in a casual, low-stress environment. Card games are widely available, and the simple, universally understood rules mean that players worldwide can compete with no language barriers.

Many games are created to tell a story and provide the player with a role to play in it. There are plenty of options with vast, open-world games and tightly structured games depending on the player’s preference. These games seek to create an interactive story for the gamer to participate. Many offer choices and decisions that change the outcome of the game, emphasizing player agency.

Role-playing games also often have a system of progression, such as leveling up characters. These constant miniature goals provide a continual stream of dopamine boosts, with a feeling of reward and satisfaction as players get more vital the more they play. Many games in the genre also offer deep and rewarding side-content that can last dedicated players hundreds of hours. Those who enjoy getting immersed in video games and engaging storylines may find role-playing games gratifying and a good source of stress relief.

Racing games can be an excellent choice for people who enjoy a challenge but find playing against AI and human opponents a source of frustration. Many racing games feature time trial modes that allow players to set high scores and then save ghost replay data of their best times. It offers a challenge to players to beat themselves by getting a faster time and setting a new high score. Realistic racing simulators can allow players to indulge in whatever type of racing they find most enjoyable, from rally to Formula 1 and plenty more.

Players who enjoy the rewards of a progression system in games but find other design elements about role-playing games undesirable may find simulation or idle games appealing. These games give players a sandbox and allow them to carve out their creations. Many of these games are crafted around a specific theme, allowing players to build their theme park, zoo, city, or empire.

If you love building and designing, you must give it a try! The creative element of these games and the freedom of a sandbox environment can be a source of joy for many players, who can spend hours designing and crafting their virtual world. These games can be as challenging or relaxing as the player wants. Many offer a sense of reward as your city gets bigger or keeps adding new buildings and creations to your private world.

The things elaborated above are just some examples of the many types of games available to help reduce stress. Different players will find various kinds of games appealing. Games are ultimately created as entertainment, and many are designed to be relaxing and rewarding to play. Finding the suitable match for you depends on your individual preferences as to what you find enjoyable. The games mentioned in this article should appeal to most people in some way.