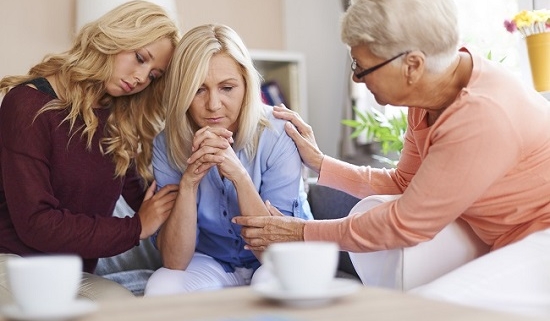 How to Identify a Personality Disorder Mental Health Condition

As of 2018, Mental Health America reported that one in five American adults (roughly 40 million people) have a mental health condition. Although it has become more culturally acceptable to talk about anxiety disorders and depression, there are many mental health concerns that are still largely considered to be taboo. One such category is personality disorders. Despite the fact that personality disorders can appear in conjunction with anxiety and/or depression, proper discourse about the disorders is lacking. Whether you think that you, a family member, or a friend has an undiagnosed personality disorder, getting educated is the first step in moving forward.

Working toward prioritizing your mental health and helping those you love with their mental health concerns is essential for treatment and condition management. If you suspect that you or someone you know may have a personality disorder, learn more about the signs and symptoms.

What is Personality Disorder

The Mayo Clinic defines a personality disorder as “a type of mental disorder in which you have a rigid and unhealthy pattern of thinking, functioning and behaving.” While the signs and symptoms of each unique personality disorder vary significantly, they all tend to cause social problems, difficulties at work and school, and problems with family.

Here is the full list of all 10 personality disorders and their corresponding clusters:

Signs and Symptoms of the Various Personality Disorders

Treatment for a Personality Disorders

Once diagnosed with one of the above personality disorders, mental health professionals can prescribe medications, suggest home remedies, and provide psychotherapy sessions. Extreme cases of a given personality disorder may require a period of hospitalization. Depending on the specific disorder and severity, treatments are tailored to help an individual effectively manage his or her condition.

If you suspect that you or a loved one has a personality disorder, it is crucial to get in touch with a professional as soon as possible. A combination of treatments can significantly improve the quality of one’s social, work, and personal life. Speak to a Treatment Specialist at 866-644-7911 to receive help and guidance towards treatment options.

Kylee Harris is a counselor who works with teens with BPD, eating disorders, and substance abuse problems. She is also a freelance writer and editor who aims to spread awareness about the mental health challenges that kids and teens are facing today.