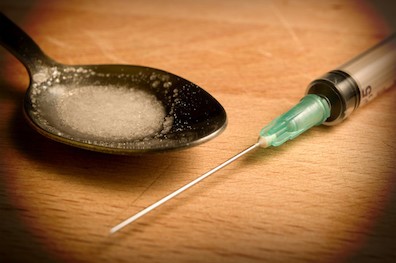 Once considered a 1970s drug associated with the untimely deaths of several high profile musicians, such as Janis Joplin, Jimi Hendrix, and Jim Morrison, heroin has, unfortunately, staged a comeback over the past decade.  With such a negative reputation—this extremely dangerous and highly addictive drug with the unsavory label of “junkie” attached to its users—why would anyone even consider revisiting heroin?

There is a tight connection between the over-prescribing of pain killer opioids (oxycodone (Oxycontin and Percocet) and hydrocodone (Vicodin)) since the early 2000s and the explosion of heroin abuse and overdose during the same period.  For many, a heroin addiction developed after a dependency on pain medications took hold and continued prescriptions were eventually denied or not affordable, causing the newly addicted to seek out heroin as a cheap, powerful, and readily available alternative.  Both synthetic opioids and heroin have the same effect on the brain’s neuro-pathways, resulting in dependency which will require a heroin detox.

According to the National Institute on Drug Abuse (NIDA) 2012 data, an estimated 2.1 million Americans suffer from opioid pain relievers and about 467,000 are addicted to heroin.  Drastic increases in the number of prescriptions written for pain management, possibly fueled by aggressive marketing by pharmaceutical companies, is thought to be a significant factor in the staggering increase in opioid addiction in the United States.  In fact, responding to the surge of deaths in recent years associated with opioid and heroin abuse, many states are enacting legislation in an attempt to curb physicians’ over-prescribing of these drugs.

In September 2016, the Department of Justice announced a new effort to crack down on these “pill mills,” the term used to describe such doctors.  The DOJ’s plan will focus on identifying the inappropriate prescribing practices that have contributed to astounding rates of addiction to opioids, including heroin.

Deaths from heroin and prescription pain medications soared to an estimated 47,000 in 2014, the most recent data available.  NIDA reports that heroin overdose deaths alone have quintupled since 2002, from 2,000 deaths in 2002 to nearly 11,000 deaths in 2014.  The highest heroin overdose rates were among white men 25-34 years of age, about four times the rate of women.  However, with opioid overdose deaths, males were only double the rate of females. It is imperative for those suffering from heroin addiction to enter a quality heroin detox program to avoid the grave consequences of use.

The Top States for Heroin Abuse and Overdose

While the heroin epidemic infects every state in the union, there is particularly heavy concentration in 10 states.  Data comparing overdose death rates in years 2002 vs. 2012:

High heroin use states also include Vermont, West Virginia, New Mexico, New Hampshire, and New Jersey.  Heroin abuse is not limited to cities and urban communities, but has permeated small communities and towns as well.   Regardless of socioeconomic status, race, or geographic locale, heroin use, addiction, and overdose has permeated the country, from small rural communities to big cities.  There are a number of high quality heroin detox facility options throughout the United States that can offer help.

There are many potential explanations for the proliferation of not only using heroin, but also selling it, in small rural communities.  Teenage boredom and curiosity, economic factors, such as collapse of industries, unemployment or underemployment are among the reasons for the uptick in heroin use and trafficking.  Ample supplies of heroin are flooding across the border from Mexico, finding their way into the heartland of America, and providing a cheap alternative to prescription opioids.  Dangerous levels of purity and potency, as well as other substances, like fentanyl, being cut with heroin, only enhances its ability to lead to accidental overdose death.

The Treatment Specialist Provides Resources for a Heroin Detox

The states with the highest levels of heroin abuse are responding with the addition of more and more drug addiction treatment programs available.  The Treatment Specialist provides resources for medically supervised detox and an evidence-based treatment program of 30, 60, or 90 days.  Call to connect to a treatment center that will offer a free assessment at 866-644-7911. 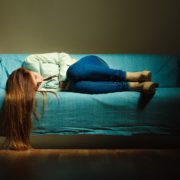 Heroin Detox at Home and The Associated Health Risks
0 replies