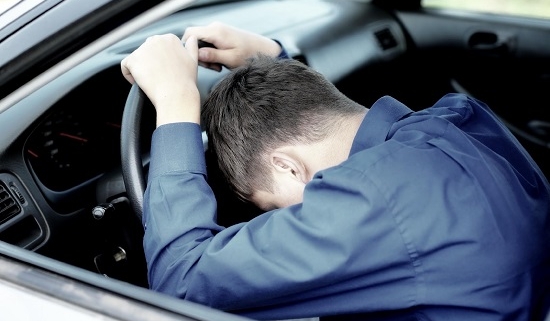 Alcohol Use and Abuse Among Teens

As much as parents might want to ignore the issue of teen drinking, it is wise to begin an ongoing conversation with your kids about the dangers of alcohol at a fairly early age. Teens often begin experimenting with alcohol as early as middle school age. Parents can head this off by engaging their teen in discussions about how alcohol affects teenagers’ lives, and not in a good way. In fact, this topic is so important that it deserves to be revisited often throughout the teen years.

If you have an older teen who is preparing for college, by all means dialogue on a regular basis about the serious dangers of binge drinking games, college hazing practices, and driving under the influence by using real life examples, such as news articles about fraternity hazing deaths. All teens should be informed about the dangers of alcohol consumption, both short term and long term.

Alcohol can have life-altering effects on teens, affecting them in ways that are unique to their age of development. Parents and educators have an obligation to ensure that teens have a clear understanding of the many negative consequences that are related to underage drinking. When they understand how alcohol affects teenagers, how it can impact their brain development, for one thing, then this information may act as a deterrent to drinking.

A study published by the Centers for Disease Control reported that about a third of the 15,000 high school kids who participated in the national survey admitted to having consumed alcohol in the prior month. The 2015 SAMHSA survey reported that 33% of teens admitted drinking alcohol by age 15, and 60% by age 18. In addition, 5.1 million teens reported binge drinking at least once in the last month.

Teen drinking is not a new problem. Teenagers have always been attracted to the mysterious effects of alcohol, sneaking it from the parent’s liquor cabinet or sneakily experimenting with alcohol at a family gathering. A teen might have an older sibling who can procure liquor for them, or it may be readily available at teen gatherings. Many teens will want to try alcohol if they get the opportunity, out of curiosity if nothing else.

When a teen does imbibe there are fairly obvious signs that they have become intoxicated, such as:

There is scientific evidence that teen drinking can negatively impact the development of the brain. During adolescence the brain is busy creating new neural pathways, the connectors that transmit information to the various parts of the brain. While the brain is undergoing the normal maturation process, certain neurotransmitters, dopamine and GABA, can be impacted more significantly in the teen years than the adult brain. Alcohol can cause the following effects on the teen brain:

The introduction of alcohol use during the teen years also interferes with the natural development of the limbic region of the brain, where several executive functions occur. These functions include impulse control, decision-making, memory, concentration, planning, and emotion regulation. The teen brain is still in development mode, so the ability to access good judgment is not fully available, and drinking alcohol can exacerbate this.

Negative Effects of Alcohol on Teens

There are several dangers associated with teen drinking. In addition to the damage done to the teen’s developing brain, the other serious concerns of alcohol use include:

Warning Signs of an Alcohol Use Disorder

Parents have an opportunity to intervene before alcohol use becomes a serious problem for their teen. Being cognizant of the typical signs of alcohol abuse can help parents identify the problem early on, and to seek out professional help if necessary.

Some of those warning signs include:

Getting Help for Teens with an Alcohol Use Disorder (AUD)

If a teen is exhibiting signs of an alcohol use disorder it is imperative that they receive appropriate screening as early as possible. When the teen has an emerging or new alcohol use disorder, an outpatient program for teens is likely to have the resources for the family and the teen to obtain the services they need. If the AUD has escalated then a residential program specializing in helping teenagers ages 12-17 is an appropriate level of care.

A teen outpatient rehab provides individual therapy, group sessions, and addiction education for a period of months. The teen will attend a few sessions a week, which are offered in the afternoons, evenings, and on weekends.

A residential teen treatment program offers a more intensive approach to treatment. The program will provide medical detox where the teen will be continuously monitored throughout the detox and withdrawal portion of treatment. Medical detox involves the process of ridding the body of the toxins related to the ethanol alcohol under the supervision of medical addiction specialists. During detox the teen will be provided medications that will help relieve the discomforts of the withdrawal symptoms.  Once detox and withdrawal has been completed the teen will be ready for enter the addiction treatment phase of rehab.

The treatment protocol for teens with an AUD will involve an integrated model that combines the following:

Psychotherapy: Teens benefit from one-on-one therapy because it allows them a safe, support space to explore the underlying issues that may be contributing factors in the alcohol abuse. The therapist will access several types of evidence-based therapies, with cognitive behavioral therapy (CBT) being the most widely used.

Family therapy: Treatment for teen substance abuse focuses on the family dynamic, as this is the core social environment for an adolescent. For this reason, family therapy is an integral component of teen treatment plans.

Psychosocial group therapy: In a group setting the teens will discover that they share things in common with others in treatment with them. The therapist will provide a topic or ask a question, allowing the participants to share their own views and experiences.

Dual diagnosis treatment: Some teens have a co-occurring mental health disorder, such as depression, bipolar disorder, or anxiety disorder. These will also need to be treated along with the AUD.

12 step: Teens may participate in a recovery support group, such as Teen Addiction Anonymous, that help foster peer support during and following treatment.

With early intervention, most of the potential negative effects of alcohol abuse during the teen years can be reversed.

The Treatment Specialist is an online platform that provides an extensive digital library on topics related to mental health, addiction, and dual diagnosis disorders and treatment. Getting help for your teen before he or she develops a serious alcohol problem is key. Reach out to a Treatment Specialist today for free personal assistance and guidance toward treatment options that are designed with teens in mind. Call (866) 644-7911 today.