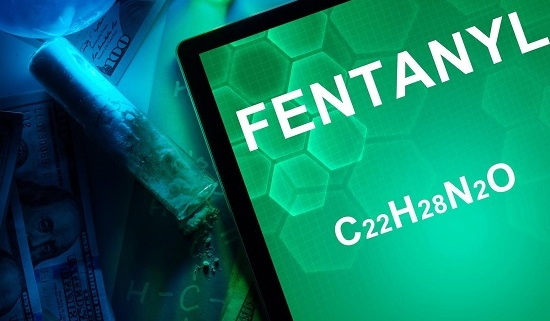 If you are wondering what drug could possibly be more dangerous than heroin, the resounding answer is fentanyl.  In fact, in 2016 overdose deaths that involved fentanyl totaled over 20,000, as reported by the Centers for Disease Control.  Fentanyl related deaths represented the sharpest increase among all the drugs involved in overdose death.  Fentanyl is extremely potent, 50 to 100 times the potency of morphine, and in most cases the user does not even realize they are taking fentanyl as it is often mixed with other drugs.

Certain drug tests can now detect the presence of fentanyl in the body, which can be useful for parents concerned that their teen may be using the drug, or for schools and law enforcement.  Because the drug particles can remain in the body for a certain period of time, this leads to a common question; how long does fentanyl stay in your system?

Fentanyl is a synthetic opioid introduced in the 1960s for use as an anesthesia during surgeries.  Later, fentanyl was approved for its analgesic properties for use as a prescription pain medication.  Unfortunately, this highly addictive and potent drug is now being manufactured as analogs in China, and distributed through the Mexican border.  This illicit use of the drug and its analogs has permeated the U.S. and led to tens of thousands of overdose deaths.

Fentanyl is about 80 times more potent than heroin, so when an addict thinks they have purchased heroin on the street, when in reality it is heroin cut with fentanyl or fentanyl alone, they will likely die.  Heroin is not the only drug that is mixed with fentanyl, such as cocaine.  It is also being sold as prescription opioids, when in reality the person is purchasing fentanyl.  Deaths occur because the fentanyl impacts the opioid receptors in the brain associated with controlling the breathing rate.  A high dose of fentanyl can reduce the breathing rate dramatically, possibly causing breathing to stop altogether, causing death.

How Long Does Fentanyl Stay in Your System

A common question asked is how long does fentanyl stay in your system?  The answer is that the length of time for the drug to be eliminated from the body depends on several factors.  Generally, about 75% of fentanyl is eliminated within four days of the last dose of the drug. The elimination timeline of fentanyl can vary depending on:

Fentanyl does not show up in saliva tests as other drugs do.  To date, there are no saliva drug tests that can detect fentanyl.

The Treatment Specialist will connect you to a treatment center that understands the sense of urgency posed by such a dangerous drug as fentanyl.  Call to learn about the best fentanyl withdrawal treatment and medical detox programs to fit your or a loved one’s needs.  The specialists can answer your questions about how long does fentanyl stay in your system, and guide you to a medical detox program if needed. Avoid a fentanyl overdose with the proper detox and help. For more information, contact a Treatment Specialist today at (866) 644-7911.