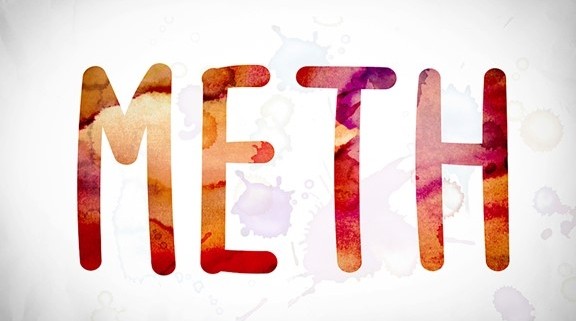 Learn about the dangers of meth and how long the drug stays in your system.

Methamphetamine, also called meth or ice, is a highly addictive manmade stimulant. Meth is about three times more potent than cocaine. The drug causes the brain to release a large amount of dopamine. This leads to an intense adrenaline rush that features a surge of energy, euphoria, hyperactivity, agitation, and aggression. In fact, someone on meth may not sleep or eat for days.

Meth stays in the system for much longer than cocaine. Cocaine gets metabolized quickly, but the effects of meth can last up to a full day. The half-life of meth is 9-24 hours. This is the amount of time it will take for the meth in the system to be reduced by half.

Meth has many adverse effects, but short and long term. Keep reading to learn more about the dangers of meth.

Meth is a manmade stimulant drug composed of amphetamine and hallucinogenic ingredients. These are often derived from household products like drain cleaner, batteries, paint thinner, or battery acid. Meth is a white powered substance. A more potent version, crystal meth, has a glass-like look and is referred to as ice. Meth can be taken in many ways, such as being smoked, swallowed in pill form, snorted, or injected.

It is possible to become addicted to meth after just one use. It has a very strong affect on the brain, and can hook the person quickly.

Some of the adverse effects of extended meth use include:

Meth addiction can develop very quickly and is one of the most difficult substances of abuse to quit. However, meth addiction is treatable when the individual is fully committed to long-term recovery.

How Long Does Meth Stay in the System?

When thinking about how long meth remains in the body, it really depends on a few factors. The length of time will vary based these things:

A chronic meth user will take much longer to clear the drug than someone who only uses it now and then. Meth can even remain in the body for up to three days.

Meth gets absorbed into the body and changes into amphetamine. This is a central nervous system stimulant. The drug can be found in test samples like saliva, hair, blood, and urine. In blood it can be detected for 24 hours, saliva for 1-2 days, hair for up to three months, and urine for up to three days.

Meth Use and Mental Illness

The APA defines psychosis as the presence of both hallucinations and delusions. Meth induced psychosis can put the person at great risk of causing harm to themselves or others. This happens because the person is not aware of the world around them. Meth psychosis can last for a few days up to a few months in more severe cases.

Getting Help for Meth Addiction

While meth addiction is a complex SUD to treat, it is possible to overcome a meth problem. Treatment will consist of a blend of therapy, CBT, 12-step program themes, holistic actions, and life skills. After treatment it is crucial that the person engage in ongoing aftercare efforts in order to sustain abstinence.

The Treatment Specialist is an online resource for informative articles on mental health conditions and treatment options for adults, teens, and families. If someone you care about is on meth, reach out to our team for guidance at (866) 644-7911.