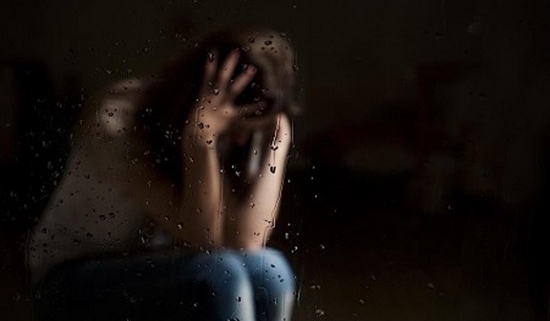 When Thoughts Cause Anxiety and Distress

A common manifestation of obsessive-compulsive disorder (OCD) is the unwanted parade of involuntary and disturbing thoughts that torment the individual. These are not just ordinary thoughts that flow through the mind all day but are highly upsetting in nature. The intrusive thoughts can cause intense feelings of anxiety and distress.

Many times, these intrusive thoughts are what drive the subsequent compulsive behaviors that are characteristic of OCD. The thoughts are so distressing that the individual with OCD will respond with unusual behaviors in an attempt to diminish the potency of the upsetting thoughts. This only reinforces the pattern of obsessive thoughts followed by compulsive actions. For these individuals, learning how to overcome OCD intrusive thoughts becomes an essential goal in managing this mental health disorder.

Obsessive-compulsive disorder (OCD) is a complex mental health disorder that is associated with anxiety disorders. OCD affects approximately 1.2% of the US adult population, according to statistics provided by the National Institute of Mental Health, with women more than three times as likely to suffer from the disorder.  Depending on the severity of the OCD, this disorder has the potential to cause serious impairment in daily functioning. Due to the chronic nature of OCD, treatment goals will center around learning how to manage the disorder and improve the quality of life.

Some common examples of obsessive-compulsive patterns include:

OCD may become so severe that a person becomes enslaved by the compulsive actions, even preventing them from leaving the house.

OCD is a complex and mysterious condition that can affect each person differently. One way that is expressed is through the intrusive thoughts that can disrupt daily functioning. It is believed that at the center of a person’s particular intrusive thoughts is a core value, something the person cares about. In the mind of someone with OCD, a meaningful core value is flipped and what results are thoughts that are both disturbing and taunting.

It is next to impossible to achieve relief from intrusive mental imagery without the support and coaching of a psychotherapist. In addition to the therapy sessions, an OCD support group can also provide opportunities to practice the techniques together.

OCD intrusive thoughts vary by the individual. Where one person might be haunted with worrisome thoughts about harming their child, another may experience disturbing thoughts regarding religious beliefs, while another may have repetitive intrusive thoughts that are sexual in nature. What those who suffer with OCD have in common is the belief that they are a bad person because of the thoughts in their head.

Some of the different types of OCD intrusive thoughts include:

To self-manage the stress that results from intrusive thoughts, individuals with OCD might engage in compulsive rituals, repetitive mental rituals, reassurance seeking, or avoidance behaviors. By avoidance behaviors, this might involve removing all the knives in the house if there is a belief that they might harm someone, or to avoid the people, situations, or objects that are related to the intrusive thoughts.

How to Overcome OCD Intrusive Thoughts

So how can these intrusive thoughts be neutralized? Professional therapy can help the individual acquire some coping skills that help them to take the fear and power out of the intrusive thoughts. The therapist can guide the individual to detach from the thoughts personally, instead of believing that the disturbing thoughts say something revealing about their character. Therapy is a process that can help someone with OCD to eventually allow the thoughts to pass without feeling compelled to take compulsive actions.

What is Exposure and Response Prevention?

One of the targeted treatment methods for OCD is exposure and response prevention, or ERP. ERP is a type of cognitive behavioral therapy that involves incrementally exposing the patient to the intrusive thoughts, to face the thoughts head on in small stages, and then disengaging from the compulsive actions that usually follow. By sharing the intrusive thoughts with the therapist, actually stating them out loud, much of the power of the thoughts becomes diminished. As Dr. Debra Kissen, a Clinical Fellow at the Anxiety Depression Association of America states, “The same intrusive thoughts that feel so real, all powerful and self-defining when swirling around in your head will disintegrate when said out loud.”

In essence, the “exposure” component of the ERP therapy refers to the voicing of the actual intrusive thoughts and the “response prevention” refers to the purposeful decision not to engage in the compulsive behavior once the obsession has been triggered. The individual must make a commitment to not give in to the usual compulsions that typically follow. For the initial weeks of ERP a therapist guides the patient through the incremental steps of exposure and non-response. After that the individual will be provided with the tools to conduct ERP on their own.

When desiring to break free and learn how to overcome OCD intrusive thoughts it is helpful to understand how OCD is treated and managed. Overcoming OCD intrusive thoughts will involve a multi-pronged approach to treatment. These include medication, psychotherapy, and holistic activities that help reduce anxiety.

Psychotherapy. In addition to ERP, cognitive behavioral therapy and habit reversal training provide other behavioral solutions to help change thought distortions and compulsive actions. A therapist can help the individual examine the intrusive thoughts and learn how to neutralize them, which helps to diminish the compulsions. Group therapy offers a peer support setting for individuals struggling with OCD to share their struggles and successes.

Holistic therapies. Because OCD is associated with anxiety disorder, certain complementary activities can help the individual reduce stress. Activities such as yoga, meditation, massage, or even gardening will help to promote relaxation and calm.

The Power of Outdoor Activities For Beating Addiction
Scroll to top