The criminal justice system doesn’t always make sense to many people. Sometimes, purchasing a small amount of drugs can lead a person to serving life in prison. The person doesn’t even need to have harmed another person physically to basically be sentenced to giving his or her life to the system and costing tax players 10s of thousands of dollars for crimes that don’t really seem that bad.

Non 12 step recovery programs see patients like Tyrone, who are punished with jail time over having a small amount of a substance. Unfortunately, there isn’t much the person can do besides hire a good attorney and hope for the best, despite the fact that a non 12 step program would better suit the person. Taylor was convicted to life in prison as of January 2000. He was sentenced over selling a mere $20s worth of crack cocaine to an undercover officer. He received such a harsh conviction because it was his third offense, and the state makes it mandatory for Taylor to be sentenced to life.

William Dufries has been serving life in prison since February of 2003 for having 67 pounds of marijuana in his vehicle. He was convicted twice before for drugs, so it was mandatory under Oklahoma law to sentence him so severely. He transported the marijuana to pay for his medical bills after being diagnosed with lung cancer while being uninsured. Unfortunately for William, they felt no sympathy for him, so he still remains in prison.

David Mosley became addicted to drugs early in life when he was still a teenager. During this time, he acquired several minor drug charges. In 2008, an officer found him with four ounces of meth. Because of the habitual offender statute in Oklahoma, Mosley was sentenced to life in prison. During the time in between his arrest and sentencing, he completed an in-patient drug treatment program rather than a non 12 step program, which helped him to finally achieve the sobriety that he didn’t receive assistance with during his previous incarcerations. He was even in the middle of completing a graduate-school degree to become a drug and alcohol counselor. He’ll, however, never get to complete it or use it due to his sentence.

In 1994, John was charged with three counts of conspiracy to money launder and conspiring to distribute marijuana. He was given two life sentences in addition to 20 years. Shockingly, this was Knock’s first crime. Not to mention, he didn’t even have a history of drug abuse. Back in 2012, a NY attorney petitioned for clemency but was denied, even though it was a non-violent marijuana crime.

Paul Free is serving life right now for a nonviolent drug crime he didn’t even commit. As of 1995, Free was sentenced to life after being charged with conspiracy to possess with the intention of selling marijuana. Two witnesses came forth to say Free wasn’t involved, but it didn’t help since he was charged twlce in the past for non-violent marijuana crimes.

George received a non-violent drug charge for methamphetamine back in 1990. He served 24 years in prison without any disciplinary write-ups but died in July of 2014 at the age of 75 while still serving. He had several strokes and was no longer able to read or write and his entire right side was paralyzed. He requested to spend his final days with his family prior to his death, but he didn’t hear back in time.

Euka has been incarcerated for more than 16 years now because of a conviction in 1999 regarding the non-violent crime of drug conspiracy. This was his third drug-related conviction. No drugs, unusual amounts of money or weapons were found on him upon his arrest. Since it was his third strike, he was sentenced to life without parole as per Illinois law. He now helps men who are incarcerated obtain their GEDs, and he’s even created re-entry programs for those who are going to be released soon.

Leopoldo guarded over 3,000 pounds of marijuana for his employer. Both him and his employer were arrested. Miranda has been serving life without parole since 1993. It was his first offense. Despite not having any disciplinary write-ups while in prison, he still remains there, weighing less than 80 pounds and is in a wheelchair while staff must transport him throughout the prison.

The Treatment Specialist team provides assistance to those suffering from addiction and dual diagnosis conditions find a treatment program that fits their specific needs. The Treatment Specialist team will provide a free confidential assessment and insurance verification. For more information on treatment programs for yourself or a loved one, contact the Inspiration helpline at (866) 644-7911. 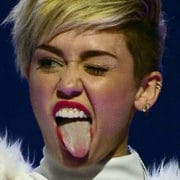 The Rise of Drugs Use in Music 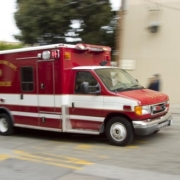 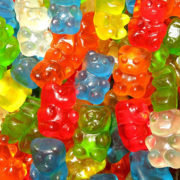 Tools for Recovery from Addiction
Scroll to top