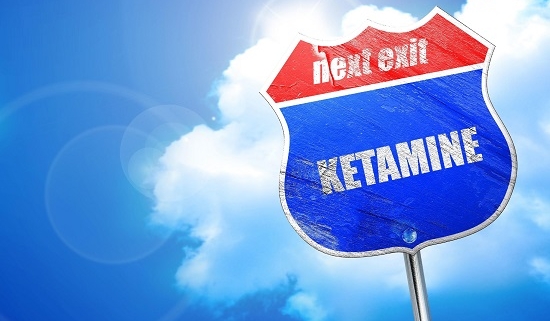 Battling depression can feel like a never-ending quest in the search for joy, but which yields no success.  Happiness remains elusive, no matter how many types of treatments or lifestyle changes one makes.  Depression can deplete the person, leading to isolating behaviors and functional impairment—even disability.  Over time, it is common for these individuals to simply accept that this is just how their life will be.

But there is renewed hope for treating individuals who weren’t helped by traditional antidepressant therapy, and from an unlikely source.  Using ketamine, a drug that is used as an anesthetic legitimately and as a party drug illicitly, to treat major depression is a novel approach that is demonstrating much promise.  Intravenous depression medication and ketamine may represent the new frontier for treating depression.

A clinical diagnosis of major depressive disorder is made if five of the following symptoms persist for over two weeks:

Depression often causes the individual to feel their brain simply doesn’t work right.  They struggle to make decisions or concentrate, and often lack the muster to even get out of bed.  They are filled with self-doubts and a self-defeating attitude.  Eventually, depression can be debilitating, where daily functioning becomes impossible.

What is Treatment-Resistant Depression

The standard treatment response to depression is a combination of antidepressant drug therapy and psychotherapy.  The medication will hopefully rebalance the serotonin levels in the brain chemistry, and the talk therapy will provide an outlet to discuss any underlying emotional issues that may be driving the depressive symptoms.

Generally, 50%-70% of depressed patients using this treatment regimen will find some relief from their depression symptoms.  The other 30%-50% simply will not.  This group is referred to as treatment-resistant, meaning they have attempted the traditional treatment protocol but the therapies did not help them.

How Does Ketamine Work

Where an antidepressant will influence the serotonin levels in the brain, ketamine works by interacting with glutamate, usually associated with brain plasticity.    It is thought that ketamine helps promote the growth of new brain connections, although its ability to help depressed patients is still a mystery.

Basically, glutamate is an amino acid located in the central nervous system where it performs various physiological functions.  Glutamate systems, and any dysfunction within them, have been attributed to mood disorders, substance abuse, and degenerative brain disorders like Alzheimer’s, ALS, stroke, and brain trauma.  Ketamine influences the glutamate levels and has a rapid antidepressant effect on a depressed patient.

There are various delivery methods for medications, including oral pills, sublingual delivery, inhalant, intravenous delivery, intramuscular (a shot), or rectal suppository.  Each of these delivery methods will encounter a barrier, except for the intravenous method where 100% of the medication will enter the patient’s bloodstream.  This translates to a faster and more efficacious delivery of the drug to the patient, versus the varying levels of roadblocks that the other methods will encounter, slowing down the process and having biological factors influence how much of the drug will enter the bloodstream.

Ketamine that is delivered intravenously can provide a rapid and positive effect on depressive symptoms in patients who were treatment-resistant.  Although the ketamine solution for depression basically came about unexpectedly, continued research is demonstrating that it can play a fundamental role in treating depressed patients who did not respond to traditional therapies.

A 2014 clinical meta-study review published in the journal Current Neuropharmacology studied 416 patients with treatment-resistant depression using ketamine infusions.  The results of this review of multiple studies concluded that ketamine was demonstrated to be rapidly effective, with a clinical improvement in depressive symptoms.  It was especially effective in the suicidal patients.

Another study out of China used rats to study depression symptoms and then stumbled upon ketamine as an agent to allow calcium to flood inside cells, and witness strong antidepressant effects within one hour of the infusion.  According to neuroscientist Hailan Hu, leader of the study, “We show that infusion of ketamine into just one brain region is sufficient to cause rapid antidepressant effects.”

The Treatment Specialist will connect you to a treatment center who will review depression treatment options, including Ketamine treatment. With over 16 million Americans dealing with major depressive disorder, and a good portion of those who seek treatment unresponsive to traditional antidepressant therapy, it is important to have alternative treatment opportunities at hand.  Ketamine injections are gaining traction among mental health professionals who recognize its efficacy in helping people who suffer from chronic depression.  Please contact a Treatment Specialist today at (866) 644-7911.