Heroin is an Opiate

Heroin, known by the pharmaceutical term diamorphine, is used recreationally as well as medically. Is heroin an opioid? Well, opioids are substances that bind to opioid receptors in the central and peripheral nervous system. Heroin binds to those receptors, which cause euphoric effects like an intense rush followed by a transcendent state. These noted effects were the primary reasons it was first used medically to relieve pain.

Typically, heroin is injected using a needle, but it can be smoked, snorted or inhaled. The drug takes hold rapidly and usually lasts a few hours. Very small doses can generate a feeling of warmth and well-being. Bigger doses generally make someone sleepy and relaxed. As an opioid, heroin is highly addictive and people can quickly develop a habit.

How is Heroin Made

A flowering plant by the botanical name of papaver somniferum, or the “flower of joy” as the Sumerians called it, grows in dry, warm climates. Impoverished farmers grow them on small plots in remote regions of the world. The plants take three months to bloom in brightly-colored fashion, the petals falling away to expose an egg-shaped seed pod. Inside this pod is an opaque, milky sap known as opium. Opium is the crude, unrefined version of heroin. Is heroin an opioid that comes from a beautiful flower? The answer is yes.

The sap is released by cutting the pod vertically, the sap oozing out and turning darker and thicker, forming a brownish-black gum. A farmer gathers the gum and bundles it into cakes, bricks or balls, wrapping it in plastic or leaves. At this point, the opium enters the black market where merchants or brokers buy packages that end up in morphine refineries. Using a mixture of lime and opium in boiling water, the organic waste sinks to the bottom and the white morphine floats to the top. This liquid will be drawn off and reheated with ammonia, filtered, and the process repeated until it forms a brown paste. This is the morphine that will later be refined further by boiling with acetic anhydride over several hours in a very sophisticated series of steps to produce heroin.

Is heroin an opioid that causes health issues? Individuals abusing an opioid like heroin will develop many signs and symptoms. These include:

There are other long-term possible health effects to consider. These include:

Withdrawal symptoms also have to be considered. They may include:

Is heroin an opioid with a link to prescribed medication? Since the early 2000s, drug overdoses involving prescription opioid pain medications have increased significantly. Use of prescription opioids have been linked to higher risk of heroin use as well.  Federal agencies have enacted policies and strategies to educate providers, pharmacists, patients, parents and their children about the dangers of prescription drug abuse.

The number of people in the U.S. using heroin has been steadily increasing over the years as the prescription drug crisis trended upward. Heroin use has increased yearly since 2007, reaching a high of 948,000 users in 2016. The crisis of drug addiction has reached the halls of the White House, the president’s commission finishing a report November 1, 2017. The report cited a liberal use by physicians of prescribing opioids like heroin since the mid to late 19th century. The prevalence of orally available and addictive opioids paralleled the widespread availability of inexpensive and purer illicit heroin. Some theorize the marked rise in heroin is an unintended consequence of the reformulation of OxyContin.

The Rise of Overdose Deaths From Heroin

The president declaring the opioid crisis a National Public Health Emergency under federal law is no surprise, considering the growing overdose deaths climbing in the last decade or more. Heroin alone has seen a six fold increase from the low thousands to the tens of thousands in the last ten years. This kind of dramatic turn has put all eyes on the effort to help the hundreds of thousands fighting against drug addiction in the United States. This is why industry professionals have doubled down on their efforts to reach those affected by this epidemic of seismic proportion.

Is heroin an opioid addiction that can be treated? Treatments range from behavioral therapy to medications to rehab centers or treatment centers. Medical doctors may prescribe methadone, buprenorphine, or naltrexone. An overdose of heroin may also be treated with naloxone. Treatment programs with trained professionals are better equipped to handle the seriousness of addiction. Doctors, medical staff, and therapists work with addicts to treat the various elements of drug addiction. These include chemical, psychological, and various strategies to help pull someone back from the edge of dependency. Please a The Treatment Specialist today at (866) 644-7911 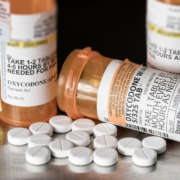 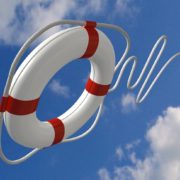