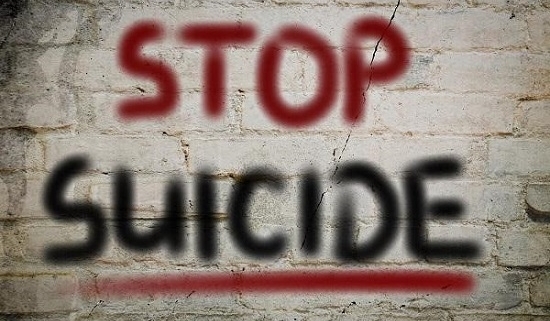 Suicide is the tragic and permanent response to what an individual perceives as insurmountable stressors that exceed his or her coping abilities. Not only did over 47,000 people die by suicide in 2017, but a growing list of celebrity suicides has captured the public’s attention. Recently, on February 3rd, soap actor Kristoff St. John took life. St. John was a regular on The Young and the Restless, playing character Neil Winters since 1991.

As sorrowful as this latest suicide is to all those who loved Kristoff St. John and admired his acting skills, there is a sub-story inherent to his story. Those who are interested in the details surrounding his death are also thinking about Kristoff St John son’s suicide in 2014. Many believe that this loving father never was able to get beyond the tragic loss of his son, Julian.

Those inquiring about Kristoff St John son’s suicide may be appalled to learn that the 24 year old died during a stay at a county psychiatric hospital while being treated for schizophrenia. Julian had been admitted on a suicide watch, however records revealed that he had not been checked on for more than an hour when he was found dead of asphyxiation in the restroom.

Those close to his father, Kristoff, describe a grieving father who was unable to overcome the loss. In fact just two weeks prior to his own suicide, Kristoff re-tweeted a post that read, “Grieving the loss of a child is a process. It beings on the day your child passes, and ends the day the parent joins them,” to which St. John commented, “Never a truer word was spoke.” Suffering comes in many different forms. While the young St. John suffered from depression and schizophrenia and all the stigma and pain that accompanies mental illness, the elder St. John suffered the intense emotional pain of losing his son.

When the shocking news breaks about celebrity suicides it acts as a wake up call for everyone. Questions began to emerge about Kristoff St John son’s suicide immediately after learning of Kristoff’s death. People wonder about the warning signs or symptoms that might have been missed. Although suicide is preventable, survivors of a loved one’s suicide should never blame themselves for not recognizing possible signs. Many times the individual appears to be perfectly fine and content when the suicide occurs.

It is a misconception to equate mental illness with suicide death, as most individuals suffering from “a mental condition do not die by suicide,” states Dr. Jill Harkavy-Friedman, V.P. of Research at the American Foundation for Suicide Prevention. However, certain mental health disorders, such as depression, bipolar disorder, PTSD, or substance use disorder, particularly alcoholism, are risk factors for suicide. Most people who have died by suicide do have a treatable mental health disorder, with depression being the prevailing one.

Mental illness is a condition where the brain functioning has become irregular. This can be due to genetics, repeated exposure to trauma, substance abuse, chemical imbalances, or some irregularity in brain structures and neural pathways. Some who are experiencing major depression for a prolonged period may begin to believe that their loved ones would be better off without them and decide to end it. Some medications can lead to suicidal thoughts and actions. In some individuals, a psychotic break and loss of control over their ability to reason is a feature of suicide. Mental illness is a powerful disease of the mind that is a common thread among individuals who elect to commit suicide.

Getting Help for Mental Illness

It is a tragedy that so many people in need of psychological help are walking around with an undiagnosed mental health disorder. Barriers to getting needed treatment might include a lack of financial resources or insurance coverage, being wary of the stigma associated with mental illness, a misguided sense that it will pass in time, feeling as if asking for help is a sign of weakness, or fear of losing one’s job.

The fact is that untreated mental health disorders can escalate and may eventually become severe enough to impair daily functioning. Undiagnosed depression can result in hopelessness and despair, putting the individual at risk for suicide. In addition, a dual diagnosis, meaning the coexistence of both a mental health disorder and a substance use disorder, increases the risk of suicide.

During the initial mental health evaluation the various symptoms will be assessed and a diagnosis arrived at. This may include a co-occurring substance use disorder. In that event, a dual diagnosis program where both disorders are treated simultaneously is the best treatment protocol.

Mental health disorders are treated by a combination of psychotherapy, medication, and holistic therapies. Mental health programs exist in day programs, residential programs, outpatient programs, and hospitalization for the most severe cases.

Taking the first step by approaching a mental health provider or primary physician can put someone on the path to recovery. Most forms of mental health disorders and substance use disorders are treatable, allowing the individual to lead a productive and fulfilling life. But the person must take that first step.

The Treatment Specialist is a team of mental health professionals who are experienced in providing needed information about the spectrum of mental health disorders and treatment options. Individuals at immediate risk for suicide need emergency intervention, which is available at the National Suicide Prevention Lifeline at (800) 273-8255. For questions regarding depression and depression treatment, or about Kristoff St John son’s suicide, please reach out to The Treatment Specialist today at (866) 644-7911.