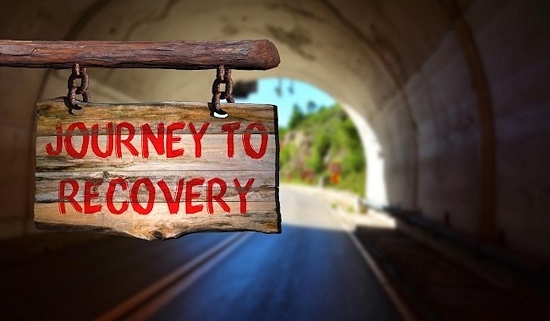 Lithium is a psychiatric medication that is used to treat bipolar disorder and schizoaffective disorder. Drugs like lithium act as mood stabilizers, helping individuals with these mental health disorders obtain a better quality of life. Those who are prescribed lithium will have regular blood tests to monitor the levels of the drug in the system. This helps keep a tab on potential toxicity.

Lithium is not an addictive drug, like other prescription pills such as opioids or benzodiazepines. Lithium is not a typical drug of abuse, so overdose is typically a result of someone’s intention to inflict harm on themselves. Other instances where lithium overdose may occur is when the drug is used with drugs or alcohol, as it can have a potentially fatal interaction with those substances.

Lithium overdose is considered a serious medical emergence that requires immediate intervention. Following the recovery from the overdose, the individual will possibly be referred to a residential mental health treatment program where an intensive approach to the contributing factors can be beneficial.

Lithium is a psychotropic drug that is used to treat mental illnesses, such as bipolar disorder, schizophrenia, and occasionally depression and ADHD. Lithium is also known as lithium carbonate and lithium citrate, and sold under the brand names Lithobid, Lithane, Carbolith, and Eskalith, and has been in use since the 1870s. Lithium is made from stone materials and other chemical agents that can slow the activity of nerves and muscles. Researchers have not yet determined why lithium is effect as a mood stabilizer, but the medication has proven to be very effective in this regard. Lithium is sometimes prescribed alongside other medications, such as antipsychotic drugs.

While effective in managing mood disorders, lithium does carry some health risks so is not appropriate for patients with heart conditions, kidney disease, or thyroid disease. The serum level of lithium must be continually monitored to reduce the risk of toxicity.

The effects of lithium include:

Common side effects experienced on lithium include:

How Someone Overdoses on Lithium

When an individual ends up with too much lithium in the blood it can lead to lithium toxicity, also known as lithium overdose. There are three levels of lithium toxicity to define the overdose, these are:

When an individual ingests too much lithium, the concentration of the drug in the system is then graded as mild, moderate, or severe. A blood level of more than 3.5mEq/L is considered severe and can result in dangerous health risks, including death.

An excessive level of lithium in the bloodstream can result in the following symptoms:

For those who recover from a lithium overdose there may be long-term health complications experienced, referred to by the acronym SILENT (syndrome of irreversible lithium-effected neurotoxicity). Symptoms of SILENT include reduced cognitive functioning, memory loss, and sub-cortical dementia.

When a lithium overdose is suspected, the medical team will order the following lab tests:

Emergency interventions for a lithium overdose will be determined by the severity of the toxicity. If it is chronic toxicity-related, meaning due to a build up of toxins in the blood, treatment may involve simply reducing or stopping the lithium dosing until serum levels are normal. For acute or acute on chronic overdoses, more aggressive treatment is required. This may include:

In addition to the increased serum levels of lithium involved in lithium toxicity, another source may be due to drug interactions. Some medications lead to dehydration, such as diuretics, NSAIDs like Advil and Aleve, and ACE inhibitors.

Bipolar disorder, formerly referred to as manic-depressive illness, is a unique mental health condition that causes abrupt shifts in mood. According to the National Institute of Mental Health (NIMH), bipolar disorder afflicts about 2.6% of the adult population in the U.S.  Among those diagnosed, 82% are classified as severe. These extreme mood variances cause a great deal of instability in the life of the individual, and often results in depleted energy and activity levels. Although the manic phases are part of the disorder, the majority of those with bipolar tend to suffer mostly the low mood, or depressive episodes.

Science has yet to identify exactly what causes bipolar disorder. However, certain factors are recognized as potentially causal, including genetics, brain chemistry imbalance, extreme protracted stress, personality traits, and substance use disorders.

When someone seeks psychiatric help for the symptoms of bipolar disorder, the first steps will include both a physical exam and a psychological evaluation using various assessment tools as well as the verbal interview. Because there are variations of bipolar disorder, the doctor will pay close attention to the unique features conveyed through these assessments in order to arrive at an accurate diagnosis.

The primary methods of treating bipolar disorder are with the use of prescription medications and targeted psychotherapy. Psychiatrists can prescribe medications for a the mental health disorder causing the mood swings. Medications include lithium, and may also include other drugs, such as antidepressants or anti-psychotics. Medication is paired with psychotherapy, where the patient discusses pertinent life events or past traumas that might be contributing to the bipolar disorder.

Psychotropic medications.  A thorough evaluation of the patient’s present medications and dosing will be conducted. The doctor will determine if the medication should be adjusted or changed to better serve the individual’s specific diagnostic needs. If the patient is already on lithium, the serum levels will be tested for toxicity.

Psychotherapy. There are several evidence-based psychotherapies available to help a patient struggling with bipolar disorder. The primary goal of psychotherapy is to help the patient better manage stress and triggers. This can be accomplished through

Holistic activities. The residential program may include involvement in a variety of holistic activities that can assist with managing stress levels and emotion regulation. These might include yoga, deep-breathing exercises, mindfulness meditation, art therapy, acupuncture, or massage therapy.

Mood disorders like bipolar disorder are able to be managed through a consistent commitment to continuing psychotherapy, practicing new thought and behavior patterns, holistic methods, and adherence to medications.

The Treatment Specialist is an online resource that provides useful information about mental health and substance use disorders. Our experienced specialists are available to offer free guidance for individuals who are seeking help for a mood disorder such as bipolar disorder. To learn more about lithium and treatment for mood disorders, please reach out to The Treatment Specialist today at (866) 644-7911.