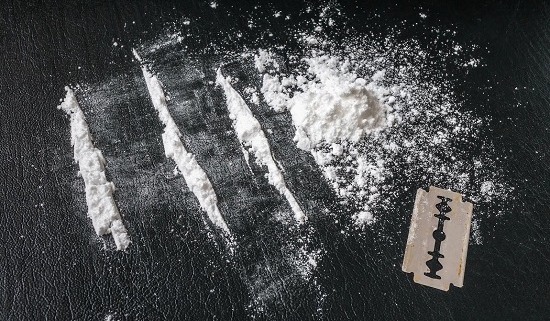 Yet another artist has succumbed to the fury of fentanyl. Mac Miller, the 26-year old rapper from Pittsburgh, was found unresponsive in his room on September 26, 2018. Toxicology reports from Mac Millers autopsy confirmed that the rapper died from a fatal combination of cocaine, fentanyl, and alcohol, ruled an accidental overdose. Mac Miller’s cause of death from fentanyl follows the recent overdose deaths of Prince, Tom Petty, and Lil Peep.

As we read about the Mac Miller overdose, it is becoming clear that he had been open about his ongoing struggles with substance abuse, as well as depression, incorporating these issues into his lyrics. As often happens as a result of addiction, the young rapper had recently experienced serious consequences, including two DUI charges in 2018.

While Mac Miller, whose real name is Malcolm McCormick, is famous in the rap world, thousands of regular folks are dying as a result of unknowingly ingesting fentanyl. On the black market, traffickers are selling crack cocaine, meth, and heroin laced with fentanyl to unsuspecting customers. In fact, according to the National Institute on Drug Abuse, 4,184 overdose deaths involved cocaine and synthetic opioids including fentanyl in 2016.

The fentanyl epidemic is what is leading the deaths due to drug overdose in the past two years. Cartels in Mexico manufacture the drug for pennies and sell it on the street here in the U.S., often by individuals with no knowledge that they are buying a fentanyl-laced drug. Sadly, fentanyl kills quickly, much faster than a heroin overdose, preventing measures that might have saved a life.

What is Fentanyl and Definition

Fentanyl is a powerful synthetic opioid, a drug 50 to 100 times more potent than morphine. Fentanyl is a DEA Schedule II controlled substance, meaning that, according to the government, it has a significant potential for abuse and addiction. The brand names for fentanyl include Duragesic, Actiq, and Sublimaze.

Like other prescription analgesics, fentanyl binds to the brain’s opioid receptors, which then block pain signals and produce a state of deep relaxation and euphoria. Because fentanyl also binds to the brain regions that regulate respiratory function, a high dose of fentanyl has the potential to stop breathing altogether, which is why it is so deadly. In fact, police officers and paramedics risk overdose death themselves when they arrive at the scene of a drug overdose where fentanyl is present, as even a few grains of the powder can cause death.

Cocaine and Fentanyl a Deadly Combination

While fentanyl has been showing up in heroin for a while, a recent spate of fentanyl laced cocaine is cropping up now. On the east coast primarily, cocaine that is contaminated with fentanyl is behind increasing numbers of overdose deaths. In fact, the number of overdose related deaths in Connecticut has risen by 420% since 2015. Reading about the Mac Miller overdose revealed that a third substance, alcohol, was involved in his death.

Some individuals intend to use both the cocaine and fentanyl together in order to achieve a high known as speedballing. The practice has been around for decades, usually involving crack cocaine and heroin, but recently with fentanyl replacing heroin, the results can be deadly. Others have no idea that the cocaine they have bought contains fentanyl and often die as a result of ingesting too much.

Getting Treatment for Drug Addiction

Those who are buying illicit drugs off the street or through other avenues are in need of rehabilitation before it is too late for them. Learning about the Mac Miller overdose can serve as a wake-up call for many. Addictive drug seeking behaviors are bound to escalate, possibly exposing the person to the deadly drug fentanyl. Fentanyl is deadly with combined with a number of drugs, not just cocaine, including alcohol, which further suppresses the respiratory system.

When you or a loved one is ready to get clean, there is a strong possibility that detox will be needed before entering treatment. The fear of detox, unfortunately, remains an obstacle to getting the help needed, but that should not be the case. In a medically supervised detox and withdrawal program, the individual will be provided with medical and psychological support throughout the process of detoxification. Withdrawal symptoms can be minimized significantly through various interventions.

When the body has purged the residual toxins and chemicals associated with the substance of abuse it allows the individual to be stabilized and able to concentrate on therapy. Addiction treatment uses various forms of evidence-based interventions that are integrated to form a cohesive program to help individuals overcome addiction to opioids or other substances. Some of these interventions include:

Continuing care services following the completion of the rehab program can help reinforce recovery by providing sources of support. These might include sober living housing, 12-step or non 12-step recovery programs, weekly outpatient therapy, and attention to wellness through exercise and diet.

An individual who has a dual diagnosis should seek treatment at a rehab program that specifically treats these more complex co-occurring disorders along with the addiction.

Guidance and Information About Fentanyl and Opioid Abuse