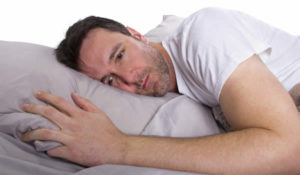 Depression can strike at any time during an individual’s life and under a variety of different circumstances.  According to recent research, 1 in 10 people in the United States suffer from depression.  Coping with depressive feelings can adversely affect a person’s entire world including relationships, work, school, and their physical and mental well-being. With depression there are varying degrees of severity which require different treatment approaches for each individual. Nearly half of all individuals diagnosed with depression are also afflicted by an anxiety disorder. Complicated circumstances like these require individual attention and care to ensure the best possible treatment plan for you or your loved one.

Irregular Sleeping Patterns: waking up multiple times throughout the night, insomnia, and overly tired without exertion.

Cognitive: Inability to focus, slowing in processing, and possible thoughts of suicide.

It is important to note that depression can manifest differently depending on gender and age. Women typically feel increased feelings of sadness, worthlessness, and guilt, whereas men are typically more angry and reckless. Children may refuse school, become irritable, or develop a concurrent issue such as an eating disorder or substance abuse.

If you or someone you know is struggling and not sure where to start, The Treatment Specialist can lead the way and be a guiding light for you. Every individual’s situation is unique and that is why we provide a free confidential telephone assessment to discuss your specific needs and symptoms to review the best recommended treatment options.

U.S. adults are estimated to have had at least one major depressive episode in 2016

U.S. adults—over 7% of the population—are estimated to have had at least one major depressive episode in the past year

MDD is the most common type of depression and it is the leading cause of disability in the United States from ages 15-45.  It occurs when the feeling of sadness, loss of interest in once pleasurable activities, and changes in sleeping habits and diet become all-consuming.  Thoughts of death or suicide may also occur. Most people experience MDD by around age 30, but it can happen to anyone at anytime.

Also known as, “dysthmia,” Persistent Depressive Disorder is not as intense as Major Depressive Disorder (MDD) but lasts for at least two years.  Individuals who suffer from PDD likely struggle on a daily basis with low-self esteem, low energy and the feeling of hopelessness.

Bipolar disorder, or manic-depression, is a complex mood disorder that often requires a multi-faceted approach to treatment.  This disorder is distinguished by the constant fluctuation between “high” and “low” moods. Bipolar disorder can be thought of as a spectrum of moods.  The highs, or manic episodes, are characterized by increased energy levels, racing thoughts, risky behavior, and unrealistic ideas. The lows, or depressive episodes, usually follow after a manic episode and exhibit symptoms such as deep sadness, anxiety, lack of sleep, and thoughts of suicide.  It is not uncommon to experience Bipolar Disorder concurrently with an Anxiety Disorder.

Seasonal Affective Disorder only occurs for a limited time, typically during the fall and winter.  Individuals who suffer from this disorder might experience physical changes in their body, such as sensitivity to light and changes to the body’s circadian rhythm, that can trigger temporary depression.  Light therapy is an excellent tool for this type of depression as well as psychotherapy.

Sometimes referred to as Adjustment Disorder, this form of depression normally follows a traumatic life event.  Examples of traumatic life events include death of a loved one, divorce, illness, and monetary concerns.  In young individuals, problems with school, family, and sexuality can be triggers.

“I found that with depression, one of the most important things you could realize is that you’re not alone.” 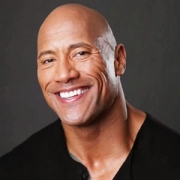 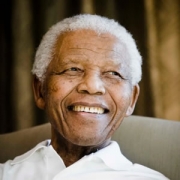 There are two types of depression that affect women specifically.  Postpartum Depression varies in severity and takes place during pregnancy or within twelve months post-delivery.  Postpartum Depression should not be confused with “baby blues” which is a condition where mothers experience sadness, fatigue, and extreme worry for a week or two after giving birth.  Postpartum Depression, on the other hand, can have long lasting and damaging effects on a mother’s ability to take care of herself or her family. Some women may be at a higher risk, if they have experienced some sort of depression in the past, if a stressful life event happened around the same time as the pregnancy or birth, or if they are alcohol or drug users.  If you or someone you know is experiencing Postpartum Depression, it is vital to seek treatment as early as possible to avoid long lasting effects in addition to ensuring quality care of the baby.

Depression is often brought on by a combination of factors, and some people may be at a higher risk.  Depression can be caused by genetic, biological, environmental, and psychological factors.  Increased risk factors for depression include: 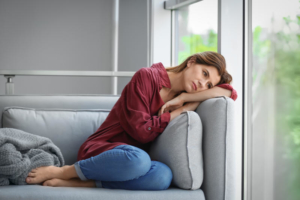 There are a number of options and levels of care depending on the severity of depression. Milder to moderate depression can benefit from outpatient treatments such as individual therapy, transcranial magnetic stimulation (TMS), or intensive outpatient programs. More severe depression can benefit from higher levels of care such as treatment retreats, residential treatment or hospitalization. Residential rehab for depression provides an individual to be removed from outside influences and triggers and provides the ability to fully focus on healing and recovery from depression. Depression rehab provides an intensive treatment program while living at the treatment facilities residence. Hospitalization is typically the last resort for those who are having thoughts of hurting themselves which is the most severe form of depression. If someone requires hospitalization, this typically ranges from a few days to a couple of weeks. Antidepressants may also be used to treat moderate to severe depression. The goal of antidepressants is to relieve the symptoms of depression by balancing out chemicals in the brain such as serotonin. These medications are usually used in the short-term and can have side effects. Over 50% of all individuals who take antidepressants report incidence of side effects. Be sure to consult with your doctor to see if this is the right option for you.

Research shows that exercise is an effective treatment for depression. Exercise stimulates multiple organs in the body including the heart and brain. It turns out that exercise is not only good for preventing heart disease, but also for promoting nerve cell growth in the brain which relieves depression. While many will feel the release of endorphins after a high-intensity workout (“runners high”), the benefits are evident with both low and high intensity physical activity.

Alcohol Use and Depression

Many people who consider suicide suffer from severe depression. It is important to know the warning signs as well as what to do if you see someone exhibiting symptoms. Some signs include the mention of feeling like a burden or feeling trapped, increased use of alcohol or drugs, depressive mood, reckless behavior, and isolation from loved ones. It is important to be with someone who is feeling suicidal and to ensure they are connected with people who can help. The following numbers are excellent resources to connect with people who can immediately provide guidance. If you or someone you know is considering suicide, do not hestiate to contact these numbers. You are not alone. Help is on the way.

Connect with a treatment center that will provide a free confidential assessment to review your complete history including medical conditions, psych-social, and psychiatric conditions and symptoms. You will receive individualized support and guidance to you or your loved one for treatment at depression rehab. OR Fill Out The Form Below to Request a Call Back!