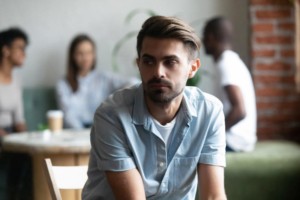 Antisocial personality disorder is sometimes also referred to as sociopathy. The disorder involves an established pattern of dismissing the rights of others, and a lack of conscience about it. These individuals often become criminals who exhibit no remorse for their harmful actions, hence the term sociopath that was applied to such deviant personalities like Ted Bundy or Charles Manson who personified the most extreme type of the disorder. Individuals with this personality disorder tend towards impulsivity, violence, and substance abuse. The disorder affects approximately 3% of U.S. men and 1% of women.

There is no specific known cause of anti social personality disorder however there are some identified risk factors. One is genetics, as when a parent displays the antisocial personality traits. Another risk factor involves environmental influences, such as adverse childhood experiences, negative parenting or a lack of parental affection, and other stressful life events that have influenced personality development. Also, there is evidence that there might be a neurological factor, such as experiencing a head trauma or decreased neural activity in the prefrontal cortex.

Individuals with anti-social personality disorder tend to be difficult to get along with, as they tend to blame others for any negative thing that they encounter. They have a low tolerance to frustration and will lash out in anger, yet have no sense of empathy for the pain they inflict on others when they do. 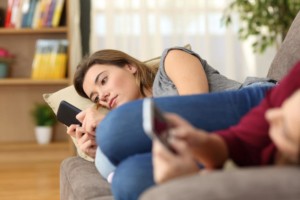 Diagnosis will be based on:

Antisocial personality disorder is considered to be among the most difficult personality disorders to treat. The individual either does not believe they are in need of treatment or therapy, or they are unengaged with a therapist’s efforts to try to instill a social conscience in the patient. Some progress can be experienced when the therapist emphasizes the importance of not repeating behaviors that have resulted in legal or financial repercussions.

Psychotherapies best suited for treating antisocial personality disorder are cognitive behavioral therapy and contingency management. There is no specific medication for treating anti-social personality disorder, however certain medications are used off-label to help minimize aggressive or impulsive behavior. These might include the anti-epileptic drugs valproate or carbamazepine.