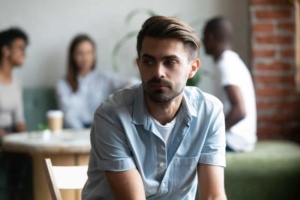 Avoidant personality disorder is in the Cluster C group of personality disorders. This mental health disorder features feelings of inadequacy, low self-esteem, and intense sensitivity to rejection or criticism. Because these individuals are typically very shy and struggle socially, they have a difficult time forming close relationships with others.

The avoidant personality disorder affects approximately 1% of the adult population and is characterized by impairment in relationships caused by social isolation and fear of being rejected. This prevents the individual from forming authentic connections with others, and also impacts their career opportunities. These individuals experience distress in social situations and are generally socially awkward.

Avoidant personality disorder is not diagnosable until adulthood, although some may exhibit the traits associated with the disorder in childhood or adolescence.

The DSM-5 diagnostic criteria for avoidant personality disorder states that the individual must have acquired a persistent pattern of avoiding social contact and will exhibit a minimum of four of the following: 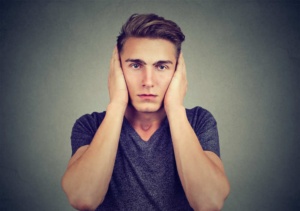 The therapist may learn about the individual’s social avoidance issues while engaged in an initial interview. As the therapist observes the person’s mannerisms and attitudes, and listens to them describe their struggles, they may identify the symptoms of avoidant personality disorder. The mental health professional will consult the DSM-5 to identify the criteria that the individual is describing during the interview, arriving at the diagnosis.

Therapy can assist the individual by teaching effective coping strategies that improve their ability to function socially, thereby improving quality of life. Psychotherapies for treating avoidant personality disorder include: