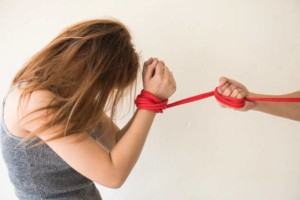 Other traits that may develop alongside the DPD include depression, panic attacks or other anxiety disorders, mirroring someone else’s behaviors, feeling empty inside, and an overwhelming amount of dependency and attention placed on another person. This places an abundance of stress on the other person, and can lead to codependency.

There are no definitive causes yet identified for developing dependent personality disorder. The science community cites the possible influence of both genetic traits and development factors as factors, such as having close family members with the disorder, or growing up with a parent who exhibited the needy, submissive behavior. Experts cite other environmental factors, such as having a history of neglect or abuse, authoritarian parents, or growing up in an abusive home.

The majority of individuals with dependent personality disorder do not believe they have a problem. As long as someone is taking care of their needs they feel satisfied. However, when the pressure of this disorder results in a broken relationship, the individual my then seek help.

The symptoms of dependent personality disorder include: 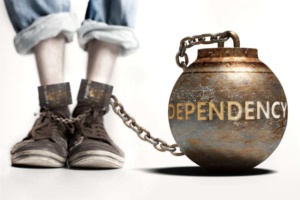 To diagnose dependent personality disorder, the physician will begin with a medical exam and lab tests to see if there is a medical reason for the symptoms. If none are detected, then the individual will be referred to a mental health professional who will interview the person. Based on the detailed history of symptoms and mental health history, the doctor will then consult the DSM-5 for the diagnostic criteria for dependent personality disorder to make a formal diagnosis.

Diagnosis can be complicated by coexisting depression, anxiety disorder, or another personality disorder.

Cognitive behavioral therapy helps to adjust the negative and disruptive thought and behavior patterns associated with dependent personality disorder. A therapist will help guide the patient through the process of learning how to become more independent, including how to make their own decisions and to improve the health of their relationships.

Medication is sometimes appropriate if the individual has depression or struggles with an anxiety disorder, as these drugs can help to manage the symptoms of each. Some individuals with longstanding dependent personality disorder may also require treatment for a co-occurring substance use disorder.