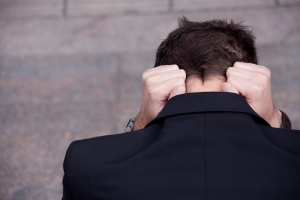 Psychotic disorders represent mental illnesses that are characterized by a loss of contact with reality. In most cases, there are symptoms that precede the psychotic episodes. There might be gradual changes in the individual’s usual behavior or demeanor prior to the onset of the psychosis. These signs might include strange behaviors, thoughts, perceptions, and emotions that should not be ignored.

A psychotic disorder is diagnosed when a mental health condition has psychosis as a primary symptom. According to the National Alliance on Mental Health, an estimated 100,000 Americans experience psychoses annually. While psychotic disorders are among the most complex mental health disorders to treat, evidence-based practices and treatment compliance can help the individual manage many of the symptoms.

The cause of psychotic disorders is still mainly unknown, although there are some theories exists to explain the cause. These include neurological malfunctioning, certain viruses, extreme trauma or prolonged excessive stress, certain drugs of abuse, and genetics.

Within the spectrum of psychotic disorders are several specific types of psychosis. These types include:

Schizoaffective disorder. Combines features of schizophrenia with a mood disorder such as bipolar disorder, which is expressed by depressive or manic episodes.

Schizophreniform disorder. Share similarities with schizophrenia, but lasts one-six months in duration and tends to affect adolescents and young adults.

Brief psychotic disorder. A short-term psychotic disorder that is triggered by a traumatic event, such as the sudden death of a loved one, a natural disaster, or a serious accident, and lasts less than one month.

Delusional disorder. Characterized by false beliefs that the individual truly believes are real, such as thinking someone is out to harm you or the belief your spouse is involved in an extramarital affair, leading to impairing behaviors.

Signs and Symptoms of Psychotic Disorder 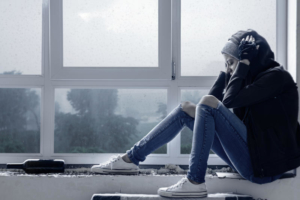 The most promising treatment outcomes occur when the disorder is diagnosed at a fairly early stage. Treatment involves the combination of drug therapy and psychotherapy:

Drug therapy: Medications, such as anti-psychotic drugs and antidepressants, can help stabilize the most severe symptoms, such as hallucinations, cognitive issues, and delusions. These include olanzapine, ziprasidone, risperidone, zotepine, sertindole, aripiprazole, clozapine,and amisulpride. For some individuals with a psychotic disorder, these medications will be necessary to help manage daily living and should be taken for a lifetime.

Psychotherapy: The focus for therapy involves helping the individual recognize irrational thoughts and behaviors and to replace those with healthy thought-behavior patterns. Individual therapy, group therapy, and family therapy are all provided in a residential program. Psychosocial skills provide useful coping skills and techniques that help improve interpersonal skills and daily functioning.

Some with a psychotic disorder may first need inpatient hospitalization to become stabilized, referred to as acute stabilization services. During an acute psychotic event the individual will be closely monitored, medications reviewed and adjusted, and therapy initiated, before transferring care to a residential program.