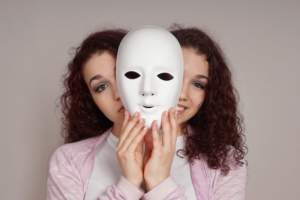 Schizophrenia is a complex mental health disorder that features a loss of touch with reality as a primary feature. Schizophrenia is characterized by disordered thinking that affects behaviors and emotions, possibly causing severe impairment. Schizophrenia is a chronic and debilitating condition that necessitates lifelong treatment to help manage the symptoms and improve the quality of life.

The Symptoms of Schizophrenia

Schizophrenia is a psychotic disorder that features a detachment from reality. It usually emerges between the ages of 16-30, and many times the affected individual is not even aware that anything is wrong with them. The person with schizophrenia may exhibit erratic behaviors, extreme mood swings, and a loss of touch with reality.

Schizophrenia is highly complex mental illness with three different ways the disorder can manifest itself:

Positive symptoms reflect those that are involved with losing touch with reality:

Negative symptoms reflect the disruptions to normal emotions and behaviors:

To date, science has not yet pinpointed the exact cause of schizophrenia. The illness seems to be triggered due to a combination of genetics, such as a genetic mutation or a family history of schizophrenia, and environmental factors. Some of the possible environment factors might include exposure to certain viral infections in utero or a lack of proper nutrition while in utero.

Schizophrenia is considered a brain disease. Brain imaging has revealed a variance in brain structure, as well as a reduced number of connections between brain cells. Dopamine and glutamates are neurotransmitters that may be involved in the development of the disease. Exposure to hallucinogenic drugs, such as LSD, may also contribute to developing schizophrenia. 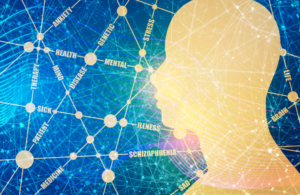 A diagnosis of schizophrenia will require ongoing treatment to help manage the symptoms. Untreated schizophrenia can lead to a host of complications, such as substance abuse, social isolation, medical conditions, depression, unemployment, anxiety disorder, or suicide.

Treatment of schizophrenia will involve an integrated approach that includes several mental health and support professionals. These include the psychiatrist that will design and oversee treatment, a psychologist, a social worker, and a psychiatric nurse. A case manager will be tasked with coordinating the various services. Schizophrenia treatment includes:

Medication. Psychotropic drugs are the core treatment element. Second generation antipsychotics are the primary drug category used for treating schizophrenia, including such medications as Abilify, Latuda, Rexulti, Vraylar, and Clozaril. Depending on the patient’s level of compliance, a long acting injectable antipsychotic may be indication. In addition to the antipsychotic drug, antidepressants and anti-anxiety drugs may also be prescribed, depending on the features of the illness.

Psychotherapy. While medication represents the cornerstone for treating schizophrenia, individuals can also benefit from the application of certain psychotherapies. These include cognitive behavioral therapy (CBT) and cognitive enhancement therapy (CET).

Psychosocial interventions. To improve quality of life and functioning, helping the individual with schizophrenia learn to integrate with the community is integral to overall recovery. Psychosocial therapies include: