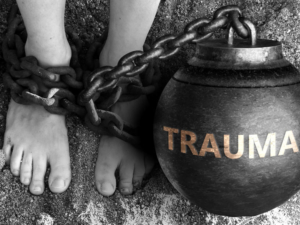 When someone experiences or witnesses a traumatic event, or has gone through an extensive period of intense stress, they may be unable to resolve the emotional impact in a timely manner. While most individuals will process and heal within a few weeks following a crisis or trauma, those who have developed a trauma disorder experience psychological distress that results in impairment.

In 2013 the DSM-V reclassified trauma disorders from the anxiety disorder spectrum to its own mental health disorder category. While anxiety is a common symptom for individuals with a trauma disorder, there are other features, such as anger, aggression, depression, and the inability to experience pleasure, that are more prominent.

Some examples of traumatic events include experiencing or witnessing:

When someone has been exposed to a traumatic event they may struggle with symptoms months or even years after the event occurred. The symptoms generally fall into the following categories:

Avoidance symptoms. Includes taking purposeful steps to avoid memories or feelings about the event and avoiding people, places or situations associated with the event. 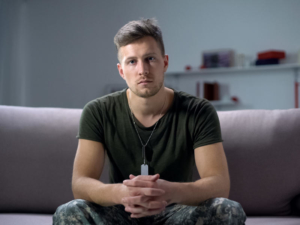 There are different types of trauma disorder, each with its own unique features:

Post-traumatic stress disorder (PTSD). Recurring thoughts, memories, or dreams with other symptoms of trauma following a highly traumatizing event that lasts for more than one month.

Acute stress disorder (ASD). Similar to PTSD, ASD is also caused by experiencing or witnessing an intensely traumatizing event, however symptoms last no more than one month.

Reactive attachment disorder. Symptoms affect children and involve emotionally withdrawn behavior, social and emotional disturbance due to neglect or a parent’s withholding of affection and nurturing.

Disinhibited social engagement disorder. Symptoms include culturally inappropriate, familiar behaviors with a stranger that results from neglect or insufficient caregiving in childhood.

Adjustment disorder. Symptoms emerge in response to a stressor, such as going away to college or problems at work, when the individual has difficulty adjusting to it. Symptoms last less than six months.

Treatment for a trauma disorder is multi-dimensional. When provided together these interventions can significantly improve an individual’s ability to resume normal daily functioning. Treatment elements for trauma disorders include: