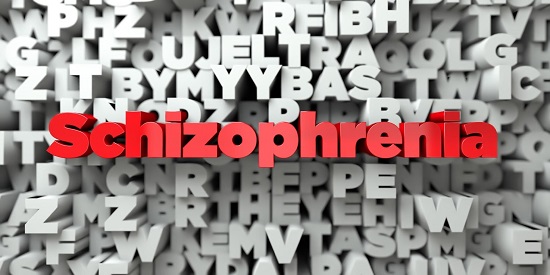 Crystal Meth Use and Developing Psychosis

Methamphetamine is an illicit stimulant, an analog of amphetamine that has a powerful effect on the central nervous system. Because meth is so addictive, those who start out by experimenting with it recreationally may soon discover they are in its clutches. Meth abuse and addiction has a significant impact on physical health as well as mental health, and can cause serious disruptions in every facet of life.

Due to the drug’s highly toxic effect on the brain, increasing dopamine, the feel good chemical, which in turn leads to several pleasurable effects, the brain’s reward system reinforces the connection between meth use and the heightened energy, confidence, motivation, and motor functions that results from its use, the individual is then motivated to continue to experience this high. Soon the individual will need more and more of the drug to chase those initial effects, resulting in addiction.

Sustained use of methamphetamine will have dramatic effects on health, both physical and mental. One of the most serious mental health effects of meth abuse is the development of meth-induced psychosis, or even schizophrenia. Schizophrenia is a serious mental illness with psychotic features, such as delusions, hallucinations, and speech that is incoherent. Individuals who use meth long-term and develop meth-induced psychosis may, even after a year of abstinence from the drug, still be plagued with the psychosis. At this point, a doctor is likely to diagnosis this as schizophrenia.

Positive symptoms reflect those that are involved with losing touch with reality:

Negative symptoms reflect the disruptions to normal emotions and behaviors:

The Connection Between Meth and Schizophrenia

Once meth abuse escalates, users will begin to experience anxiety, irritability, aggressive or violent behaviors, increased sexual libido, impulsivity, and agitation. Some may begin to binge on the drug, referred to as tweaking, causing a cluster of strange signs like the sensation of bugs crawling under the skin, twitching, jerky movements, an inability to sleep, intense cravings, and exhibiting psychotic behaviors.

Crystal meth induced psychosis features mind-bending hallucinations, both visual and auditory. This means the individual will hear and see things that are not really there. Paranoia is common, a reaction that causes the user to fear that someone is following them, spying on them, is out to harm them. Delusional thinking is a common sign of meth-induced psychosis as well, which features a break from reality. Meth users will experience these effects even while not on the drug.

A report published in Front Psychiatry in 2018 features a 2015 study by Wang, et.al that compared the symptomology of patients with schizophrenia with chronic meth users who have developed meth-induced psychotic disorder. The authors state that the prevalence of developing psychosis is nearly 43% for chronic meth users. Wang’s study showed that the group of meth users with persistent psychosis, that which lasts more than a month after abstinence, had virtually the same symptoms as schizophrenia.

Treatment for a chronic meth user who has developed persistent meth-induced psychosis will be complex and intensive. A specially trained psychiatric staff at a dual diagnosis treatment center is appropriate for ensuring safety for the individual and others. In most cases, the residential treatment period will be extensive, in some cases six months to one year, with continuing therapy following completion of the rehab program.

At a residential dual diagnosis treatment program, the individual will begin the recovery process by completing a medical detox. The medical detox team assists the individual through the withdrawal symptoms, providing medication to help minimize the symptoms and reduce discomfort. Throughout the detox process, a psychiatrist will be available to manage potentially difficult symptoms that may emerge with psychotropic drugs.

Evidence-based therapies have been shown to be most useful for helping someone overcome a methamphetamine addiction. These include cognitive behavioral therapy, dialectical behavior therapy, and contingency management interventions. Holistic therapies can also be helpful by inducing relaxation. Therapy is provided in individual and group formats, and is combined with 12-step programming, family education counseling, and relapse prevention strategies.

The Treatment Specialist will connect you to a treatment center that specializes in dual diagnosis treatment to help you or your loved one immediately treat crystal meth induced psychosis. A specialist has extensive experience in these fields and are available to offer free information and guidance toward treatment options. If your loved one is struggling with meth and schizophrenia, reach out to a Treatment Specialist today at (866) 644-7911.

What Did Demi Lovato Overdose On
Scroll to top