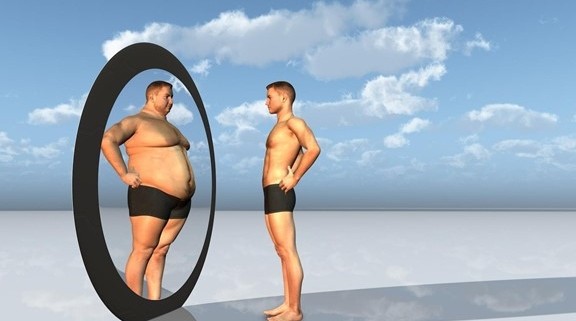 Body dysmorphia is a mental health disorder that centers on an unhealthy focus on one’s body image. When someone has body dysmorphic disorder (BDD) they see in their mind’s eye a distorted version of themselves. They may become obsessed with a certain body trait or minor defect. They become so preoccupied with this “flaw” that they begin to believe that others will harshly judge them.

BDD has some things in common with other anxiety-related disorders, such as OCD or eating disorders. All of these might center on body image concerns, but BDD involves one certain body part. The methods used to reduce the stress caused by the disorders centers on rituals and avoidance behaviors.

BDD is a bit more common in younger women, but males are just as prone to this disorder. Some of the features that people with BDD fixate on include:

Someone has a severe form of BDD when their distorted self-image begins to impair daily functioning. No amount of assurance will convince the person that their body feature or weight is just fine.

They get stuck in a thought loop that replays over and over in their mind how bad the perceived defect is. When they cannot shift out of this loop it has become a severe form of BDD.

Severe BDD can result in the person using unhealthy coping methods to manage the disturbing thoughts. They might be so self-conscious of their perceived defect that they become slaves to the disordered thoughts.

To manage the BDD the person may go on a very strict diet or engage in extreme exercise routines. Many with severe BDD will seek out plastic surgery to “fix” their perceived flaw.

Symptoms of BDD often emerge during the teen years. Those are the years that young people become highly aware of their looks, and will compare themselves to others. While the exact cause of BDD is still not known at this time, there are some risk factors involved. These include:

The fact that social media is such a dominant part of daily life also plays into this disorder. People compare themselves to how other people look on social media. Viewing unending feeds of filtered “perfect” people sure does not help.

Someone with low self-esteem might think they are less-than and be prone to BDD. They see the number of likes and comments on these posts and it makes them feel very insecure and self-conscious. That can spark an excessive focus on their flaws.

When someone is struggling with BDD they will start to withdraw from their usual social habits and hobbies. This is in response to the belief that people are repulsed by their imagined defect or they will judge them.

When these symptoms begin to emerge it is time to have them discuss their feelings with a mental health expert. Some of the warning signs of severe BDD include:

As with any mental illness, someone showing symptoms of BDD will need to be assessed by a mental health expert. Treatment will consist of two basic elements, CBT therapy and meds.

CBT can be very helpful for people struggling with BDD. CBT helps them learn to notice critical thoughts about some aspect of their looks, and to challenge them. It also teaches the person how to cope with their thoughts in a more positive manner. Instead of just staying away from friends, they are taught how to safely navigate social settings.

There are not any drugs specific to BDD, but it has been found that SSRIs are helpful. SSRIs help to balance brain chemistry, such as serotonin. These drugs can help them better control the negative thoughts that are so common with BDD.

Other coping skills can be very useful for someone in treatment for BDD. Things like keeping a journal or joining a support group can help manage feelings and stress. Other stress reducing techniques used include deep breathing and meditation. Together all these can really make a difference in coping with BDD.

How Long Does Meth Stay in Your System?
Scroll to top