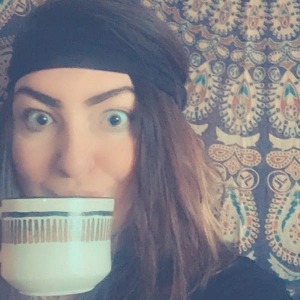 Elliott Smith had the power to make people feel his pain, or at least, come face to face with their own, and he versed those emotions into a beautiful package. With most music, my ears tend to hear the riff or rhythm first, not the lyrics, so it’s almost like I’m held hostage in frozen contemplation as his voice gently and so melodically echoes his dark affect. He took his scars and highlighted them, no shame, no apologies, just an unlikely collection of genius from the parts of himself that most people repress and deny.

I found his music in my early twenties, a time when I was still fervidly trying to pretend. I remember those years of not understanding myself or my past and stubbornly pushing to impress and please others. I know better now and look at that span of a counterfeit person in the rear mirror. Some are uncomfortable with a transition like that. I’m not the same person, this isn’t me, I need to find happiness again. I’ve heard this and I wish terribly I had Elliott’s talent to put his woes in a display box so others could understand.

Yes, I have been hiding in a pit of a deeper sadness than I’d like to remain, but I have learned a lot about my own identity down here too. As I allowed myself to feel jaded, I also accepted the release of a facade that ultimately led me here. What used to consume and stress me out beyond logic, is now unapologetically me: I am late for everything; I procrastinate; I am infuriatingly unprepared. Years of trying to muzzle those traits resulted in a complete shutdown of even my better qualities.

What is called depression is treated as a malignancy, a spirit to be exorcised, an external problem manifested inside of us. Is it possible that what we view as depression can also be a foundational part one’s character? When I reflect on my life, I recall dark, a dark that I felt comfortable inside of. I memorized Beetlejuice at 4, eagerly read Poe at 10 and started painting decaying bodies at 16- it is likely to assume that I am not a naturally chipper soul. I also remember trying to hide that dark, to put a tarp over it and pretend that I was a normal, bubbly girl in order to claim a high appointed social seat and feel accepted. The dark has always been present in me, but years of submerging it seemed to rumble back up as depression took it’s hold. I’m not applauding my depression as a vehicle of self discovery, but I know it has brought back a more genuine part of my identity. It has shown in my writing, in my art, in my humor, inside and outside of all of me. Though the cynical, dry soul is who I am, it must be balanced, which is what I’m reaching my arms out for currently.

Reaching out is an understatement. I hit a pivotal time not long ago that made me stand and face this beast. In a moment of deep thought during my commute after work, a foreign, unfamiliar thought struck me and it changed my ‘I’ll get over it’ attitude toward my mental state. Turning through the twisted one lane highway home, trees lined the right side, as they sloped down to the river that ran alongside the road. Almost like a fantasy, an internal film, I saw myself gripping the wheel and jerking it right, sending me quickly and violently out of this world.

My depression. I’ve heard that, understandably so. My depression, like it’s a tight mechanical ankle bracelet, reminding me how trapped I am. I grasp that it is unrelatable to those who haven’t been there, so I try not to take offense. It’s been hard. When confronted about it, I often, in my head, scream out their flaws and try to hit those nerves that would hurt them in return if vocalized- go for a walk, talk to a professional- Yeah? Why don’t you mind your business and take your own advice?

Realizing though, that I am loved and that instead of defense, meditation toward appreciation for their caring is the best direction. With that moment of terror as I created my own death, I conceded to help. At first, I hated the dependency on my little red pill, and the compliance to a flush of pharmaceuticals everyday. As time went on and the medication started taking effect, I look back trying to understand why I let myself get to that point. Imagining leaving my child an orphan, disposing of my dreams, all because I didn’t want to admit that I needed the help.

I suppose from the birthright of dark I feel warmly cloaked in, the silver lining is that when things truly make me happy, even to the most subtle degree, I can stop and recognize them- freckles on my son’s nose, the smell of a delicious meal, the sound of a rainstorm on the roof… they stand out of the bleakness and offer the reminder that our minds are not meant to fake happiness, nor to allow the dark to control us. So, in celebration of these inner feelings, I plead that others accept their flaws and even sadness while never apologizing for having them. Here’s to the spirit of Elliott, a talent lost to suicide, here’s to all of the others who were tempted by those dark dreams, and especially to those, who found a reason to stay and survive.

Connect to a Featured Treatment Center to receive supportive guidance and treatment options. Call Admissions at:
866.644.7911

How To Manage Stress Without Going Insane