Obsessive-compulsive disorder (OCD) can trap those who suffer with it into exhausting and frustrating thoughts and behavior patterns that become all consuming in daily life.  OCD holds a vise grip over the individual’s every waking moment by demanding constant vigilance over irrational thoughts and repetitive rituals in order to manage feelings of distress and anxiety.  As a result, the individual becomes a slave to the demands of the disorder, which can have devastating repercussions across all aspects of life.

Top OCD treatment centers specialize in providing help for the person struggling with the devastating effects of the disorder, including the feelings of powerlessness that accompany it.  Treating OCD requires time and patience, but when under the guidance of the mental health professionals at a top OCD treatment center the individual can achieve a sense of power and control over the disorder.

OCD is an anxiety disorder that affects approximately 1.2% of the US adult population, according to statistics provided by the National Institute of Mental Health, with women more than three times as likely to suffer from the disorder.  OCD involves two disordered features including obsessive thoughts and compulsive behaviors. The obsessive thoughts direct the individual to partake in repetitive or ritualistic behaviors that can cause distress to themselves or those around them.  In their mind they believe that the compulsions will provide relief from the underlying anxiety, when in reality it only contributes to it.

Examples of the behaviors associated with OCD include:

An individual with OCD differs markedly from the person who might have unusual personality quirks. OCD causes disruption in the individual’s ability to function normally on the job, in relationships, and in common daily activities, becoming an impediment to a normal, healthy life.  Individualized OCD treatment plans can help make a significant improvement in the quality of life for someone suffering from this mental health disorder.

How to Treat OCD 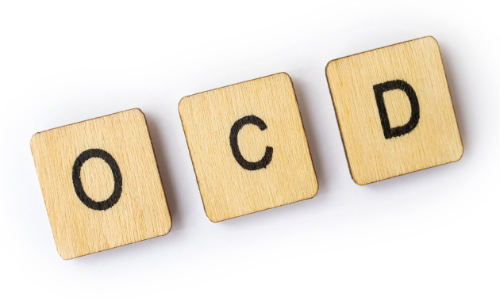 Treatment for OCD will involve a combination of SSRI medication and psychotherapy.  The antidepressants help rebalance serotonin output and levels, which quells the obsessive thoughts, and the psychotherapy can teach certain skills and techniques for overcoming the compulsive behaviors.

In most cases, a program for OCD will be integrative, meaning several treatment elements can be accessed to help treat all aspects of the person, mind, body and spirit.  For this reason, holistic therapies are often folded into an effective OCD treatment program.

Types of Treatment for OCD

Cognitive behavioral therapy (CBT) has been shown to be quite helpful in treating the individual with OCD.  Using CBT as the foundation, treatment for OCD involves: