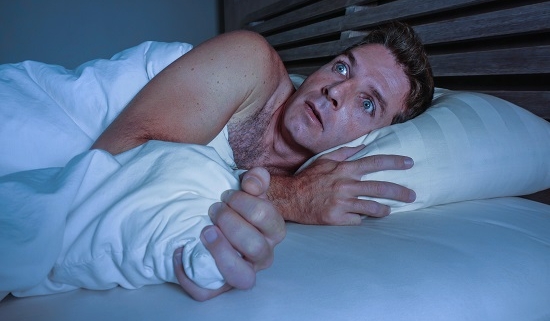 What goes bump in the night? That phrase dredges up images of ghouls and monsters lurking in the shadows, but many Americans suffer from sleep disruptions of some form that can be associated with such flights of fancy. One third of US adults report not getting enough sleep in general, but what about those tormented by unusual nocturnal episodes. These waking states involve crying and fear, frightening episodes that can disrupt family and working life. Treatment for night terrors in adults starts with understanding what, why, and how these conditions form.

Night terrors are a lot different than waking from a horrifying nightmare. Having a nightmare is something that the dreamer is able to wake from and remember. A night terror episode affects the person while they are still asleep. They may be able to recall fragments of the episode, but it is definitely a shadow realm. Night terror sufferers also tend to sleepwalk, which adds to the danger of the condition.

A Scientific Overview of Night Terrors

The scientific term for night terrors is known as parasomnia, which is known as an undesirable behavior or experience during sleep. Parasomnias are a group of sleep issues involving abnormal movements, behaviors, emotions, perceptions, dreams, and waking states that occur while trying to fall asleep, during sleep, between the different stages of sleep, or while being aroused from sleep. More extreme versions of parasomnia include sleep-related eating disorders, sleepwalking, nightmares, sleep paralysis, REM sleep behavior disorder, sleep aggression, sexsomnia or “sleepsex”, and night terrors. These conditions affect and disrupt the stages of sleep.

Night terrors are one of these disorders of arousal, which occur during the deepest stages of sleep. Normal sleep in human beings is divided into two states, both involving the movement of the eyes. Non-rapid eye movement (NREM) is divided into three stages: stage N1, stage N2, and stage N3. The latter is the deepest state known as delta-wave sleep, which is marked by high amplitude brain waves with a frequency of oscillation between 0.5-4 hertz. These waves can be recorded with an electroencephalogram (EEG) and are also known as slow-wave sleep.

These delta or slow waves are disrupted during the third stage, eliciting wild fears and frights, waking dreams of startling proportions. Disruptions in delta wave formations and slow wave sleep cycles are seen in a wide array of disorders. These disorders can increase or decrease delta wave activity in the afflicted populations. Some of these delta wave disruptions can be tied back to physiological damage, changes in how nutrients are metabolized by the digestive system, chemical alterations caused by medications, or even idiopathic reasons that arise spontaneously for which the mitigating factors are unknown. Treatment for night terrors in adults takes all these factors into consideration when deploying or implementing corrective strategies.

What Causes and Triggers Night Terrors in Adults

While not all causes are apparent, various factors can contribute or exacerbate undesirable terror episodes. The most obvious is sleep deprivation and extreme tiredness, which create a state that offers little solace to the afflicted individual. What is known to cause many issues and the most obvious is stress. Having a stressful existence can be directly related to sleeping disorders. A disrupted sleep schedule can also increase the prevalence of these episodes. Sickness or fever can also interfere with proper sleep as the body tries to fight off the infection, which doesn’t let a relaxed state take hold for proper sleep. Other triggers caused by underlying health issues include improper breathing. Nasal blocks which also contribute to sleep apnea can have a role in bringing on these reactions. The fight or flight mechanism can be triggered by not getting enough oxygen to the brain. Restless legs syndrome which can be connected to nervous system issues can also trigger these episodes. The body is reacting to triggers that may be pointing to other imbalances. Medications are also known to trigger episodes because of their interference with the endocrine system. Alcohol and coffee may also add to the prevalence of night terrors. Depression and anxiety may contribute as the chemicals they create in the brain need to be flushed from the system. Obsessive-compulsive disorder and attention deficit hyperactivity disorder have also been linked with night terrors. The final factor is genetic, which is passed down from generation to generation. This last factor is the most telling, which points to causes linked to gene expression. Further understanding and treatment for night terrors in adults starts with addressing and understanding these factors and triggers.

How to Stop Night Terrors in Adults

At what point does someone seek help on how to stop night terrors. The answer to that involves the impact of the episodes. Proper sleep is very important to a human being’s overall health. If the episodes become more frequent, the impact to one’s health magnifies. Excessive sleepiness and problems functioning are always to be considered when seeking help. This routine disruption can lead to poor work performance and rifts in family relationships. The partners of night terror sufferers also are impacted by this disorder especially if they are sharing the same sleeping quarters, so that is why it is important to address these issues as best we can by utilizing all known information. New technologies and understandings of the states of sleep create possibilities for treating and managing these disorders effectively. It is also pertinent to address all the available specifics of an individual’s case, because like many things, night terrors are unique to the individuals that have them. Please contact a  Treatment Specialist today at (866) 644-7911 for the professional help necessary to get a better night’s sleep.

Alcohol Detox in Hospital vs. Residential Setting
Scroll to top Click to Call for Help Skip to content