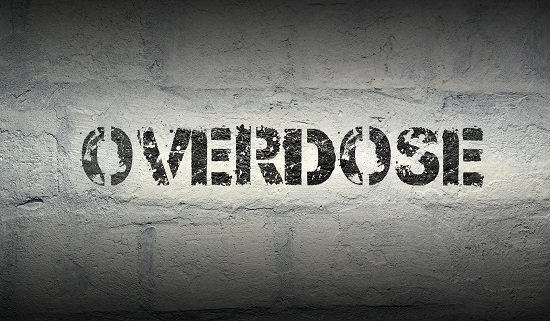 When a beloved entertainer like Demi Lovato, who had been recently celebrating her recovery, suddenly falls down it reminds anyone who is battling the monster just how vulnerable they, too, are to relapse. Lovato is just one of a long list of celebs who have also relapsed after a lengthy period of sobriety. Sadly, some, like Phillip Seymour Hoffman, for instance, don’t survive the relapse.

Ms. Lovato was promptly treated with naloxone (Narcon), and that saved her life. Naloxone is an opioid antagonist that can swiftly reverse the opioid overdose and restore respiratory function, saving thousands of lives in recent years.  Increasingly, first responders are trained and equipped with the ability to administer naloxone to individuals who have overdosed on opioids.

Following Ms. Lavato’s dangerous episode, fans wanted to know, “What did Demi Lovato overdose on?” Lovato had a history of substance abuse, addiction, eating disorders, and bipolar disorder. Past substance abuse included cocaine, opioids, and alcohol. With the public wondering what did Demi Lovato overdose on, it was eventually reported that she nearly died from a combination of oxycodone (OxyContin) and fentanyl, a similar combination as the one Prince died from in 2016, his being vicodin and fentanyl.

The rise of fentanyl-related fatalities in the past few years has captured everyone off guard. Deaths from fentanyl in 2017 exceeded 29,000, according to statistics reported by the National Institute of Drug Abuse. The spike in fentanyl-laced street drugs, coming in from China and Mexico, places anyone who purchases illicit drugs at risk. In most cases, the person purchasing the drugs, such as heroin, counterfeit opioids, and cocaine, has no idea that the drugs they are buying also contain the deadly synthetic opioid, fentanyl.

Fentanyl Combined With Other Drugs

When learning what did Demi Lovato overdose on it leads to the next question, what exactly is fentanyl? Fentanyl is an extremely potent synthetic opioid that is useful for terminal cancer patients for pain management. According to the Drug Enforcement Administration, fentanyl is 80-100 times more powerful than either heroin or morphine. Fentanyl is manufactured to deliver pain relief for legitimate medical purposes via a patch for ongoing measured dosing.

Fentanyl is now being widely abused, either knowingly or unknowingly. Street names for the drug include Apace, China Girl, Dance Fever, China Town, Poison, and Goodfellas. The immediate effect of the drug is euphoria, relaxation, and absence of pain.

Because, as with the Demi Lovato and Prince cases, fentanyl is being cut in with other drugs, the user is often unaware and takes a dose that exceeds what their body can tolerate. Counterfeit versions of popular opioids, such as Xanax, Vicodin, OxyContin, now may contain fentanyl, although often without the knowledge of the person taking these illicitly acquired drugs. Other illicit drugs, such as heroin and cocaine, are also showing up with fentanyl as an added ingredient.

The Role of Naloxone

Because fentanyl is so potent, its impact on the respiratory system can prove deadly in minutes. Because this drug produces life-threatening depression of the respiratory and central nervous system, intervention in a fentanyl-related overdose must be obtained immediately for a positive outcome. Those who asked what did Demi Lovato overdose on soon learned that she was revived through the use of naloxone.

Naloxone is an opioid antagonist that binds to the opioid receptors in the brain. This drug can then block the fentanyl and whatever other drug is involved from binding to these same receptor, reversing the respiratory distress and often saving the person’s life. Naloxone has been hailed as a miracle drug that has save thousands of lives, and provides the individual with an opportunity to enter treatment for the addiction. For others, unfortunately, being saved by naloxone can give the addict a false sense of security that they can continue to abuse such drugs and survive each time with the naloxone intervention.

For individuals who embrace the opportunity to get help to treat their drug addiction, naloxone is nothing short of a lifesaver. Following a close call like a fentanyl-related overdose, those who move forward into addiction treatment can turn their lives around. Comprehensive addiction treatment involves the following steps:

Opioid addiction can be overcome with time, effort, patience, and most of all, commitment to a new sober lifestyle.

The Treatment Specialist is a digital resource for obtaining important information and guidance for individuals or their loved ones struggling with addiction and/or a mental health condition. At The Treatment Specialist, a trove of useful information about opioid addiction and the dangers of fentanyl can help you navigate toward seeking the help you need. There are a variety of rehabs that specialize in treating opioid addictions, including the co-occurring mental health disorders. For more assistance in learning about treatment options, please reach out to a Treatment Specialist today at (866) 644-7911.