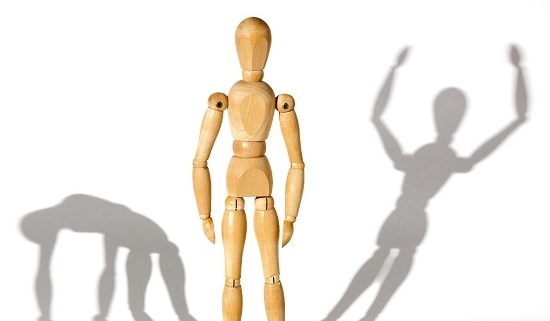 The Facts About Bipolar Disorder

What is bipolar disorder? Bipolar disorder is complex mental health disorder with four different variations of the mood disorder. Living with bipolar disorder can be a difficult journey, often resulting in interpersonal problems, work-related issues, and social isolation. Imagine the flow of life constantly interrupted with dramatic mood shifts that can take you from one extreme to the other. No wonder bipolar disorder is exhausting and impairing.

Learning how to manage this vexing mood disorder is challenging, with many twists and turns on the road to living a normal fulfilling life. But here we discuss the basics about bipolar disorder, as well as treatment options and complimentary therapies that can offer renewed hope for those who struggle with this mental health disorder.

What is Bipolar Disorder

Bipolar disorder is a mood disorder that was referred to as manic-depression until publication of the DSM III in 1980, at which point the term bipolar disorder was adopted. In 1987 further distinctions were made by defining four subtypes of the disorder. Bipolar disorder features extreme emotional swings alternating between mania or hypomania, and depression.

The subtypes of bipolar disorder include:

Bipolar I Disorder: Characterized by at least one manic episode that is followed or preceded by a depressive episode.

Cyclothymic Disorder: Characterized by less extreme episodes of depression with episodes of hypomania that persist for at least two years.

Other Specified Bipolar and Related Disorders: Disorders that feature bipolar-like symptoms but do not fulfill diagnostic criteria for the above three subtypes.

When learning about what is Bipolar disorder , it is logical to ask what causes this disorder. To date, the cause of Bipolar disorder remains a mystery. Science continues to study the disorder to hopefully identify causal factors someday. For now, there are three risk factors for acquiring Bipolar disorder These include:

Genetics: There is some evidence that bipolar disorder may have genetic roots, although this has yet to be definitely proven.

Family history: It has been found that bipolar disorder funs in families.

Brain structure: Brain imaging has detected that brains of those with bipolar disorder are structured differently from those of individuals without the disorder.

Untreated bipolar disorder can lead to very serious disruptions to health and life functioning. Bipolar may be mistaken for a different condition, therefore not properly treated, or it may be a co-occurring disorder that coexists with a substance use disorder, which may camouflage this serious mental health disorder.

Some of the complications of bipolar disorder include:

How Bipolar Disorder is Treated

Treatment for Bipolar disorder involves many interventions. Since 1949 a core long-term treatment protocol for Bipolar disorder remains the psychotropic drug, Lithium, however this drug has inherent risks, including causing birth defects. There are other antipsychotic drugs that are used to manage mania, but to date lithium has been shown to be the most effective. Other medications used for treating bipolar disorder include mood stabilizers and antidepressants, although some studies have shown that many popular antidepressants had no better effect than a placebo for the bipolar patient.

Targeted psychotherapy is a fundamental piece of the treatment plan for Bipolar disorder. The most effective psychotherapy models for bipolar disorder include cognitive behavioral therapy, family-focused therapy, interpersonal and social rhythm therapy, and group psycho-education.

Outpatient or residential programs exist to serve the needs of the individual struggling with bipolar disorder. Outpatient resources may include a day program, an outpatient treatment center, or private psychiatric services. The residential treatment option is appropriate for individuals who experience escalation in symptoms or episodes, or declining effects of current protocols. A residential program provides an extended treatment environment that is free from the triggers may be causing the increase in episodes, allowing for a more intensive treatment approach.

Because of the impact of Bipolar disorder on the family or social network of the affected individual, it is essential that psychosocial approaches are woven into long-term maintenance of managing the mood disorder. The goals of the psychosocial interventions include:

Stress management is another key tool for long-term bipolar disorder maintenance. This can be achieved through such activities as yoga, meditation, deep breathing exercises, mindfulness training, massage therapy, and acupuncture. Incorporating these activities into the overall wellness routine can help keep stress regulated, which may improve overall functioning.

If you are wondering, “What is Bipolar Disorder” then you have come to the right place. The Treatment Specialist is an important online resource with answers to questions about mental health disorders and addiction, and can provide some guidance toward treatment options. Bipolar disorder is a complicated mental health disorder that requires expert psychiatric intervention for best results. A high quality mental health program can teach individuals how to regulate stress and negative emotions, which can help them manage Bipolar Disorder on a daily basis. For more information about Bipolar Disorder please connect with The Treatment Specialist today at (866) 644-7911.