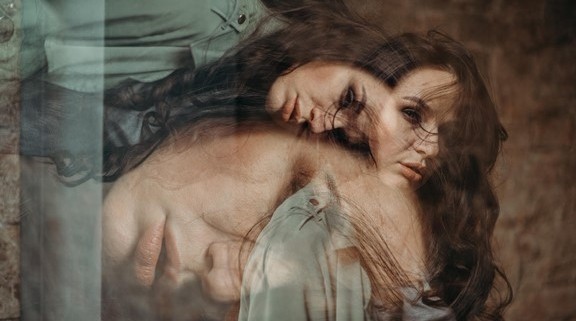 In recent weeks, actress AnaLynne McCord revealed her struggle with dissociative identity disorder (DID). DID is a rare mental illness that was once referred to as multiple personality disorder.

People with DID exist with two or more identities that wrestle for control of the person. Living with this illness often feels like one or the other identities possesses them. Bouncing between the personality states also results in large memory gaps.

In 90% of cases the person had a history of trauma or abuse. Ms. McCord described herself being sexually abused at a young age. The effects of the trauma plagued her for years, but she did not know it was DID. When filming an episode for her 90210 show that involved a rape scene, she was so distraught she sought treatment.

By sharing her story with the world she wishes to help break down the wall of stigma around mental illness. She has said that she is done with feeling shame. States McCord, “There is nothing about my journey that I invite shame into anymore.”

About Dissociative Identity Disorder (DID)

DID features a splintered identity, versus fully developed split personalities. People with the symptoms will first be checked out to see if there is a health issue involved. Also, substance abuse must be ruled out as a cause of the symptoms.

This complex illness has the presence of one primary identity. This one has the person’s name and tends to be passive and depressed. Other identities, called “alters,” emerge that reflect other aspects of the person’s background and traits.

The alters sometimes ignore the other, fight with the other, or deny the other even exists. They may be different ages, genders, or races and have unique postures and ways of talking. Stressful events will trigger the surfacing of an alter, or “switching.” The person may appear to be possessed by a spirit.

What Are the Symptoms of DID?

The main feature of DID is the presence of more than one persona. The person might run into people who seem to know them, but has no memory of ever meeting them. Sometimes they will find items that they do not recall ever buying. In addition to the alters, the symptoms will cause impairment or distress in social and work realms. Some other symptoms may include:

The main feature that is seen in people with DID is a history of trauma. It seems to be caused by a traumatic event, such as childhood abuse, sexual assault, natural disaster, or a accident. The person cannot manage the emotions that result from the event so they may play out through the alters. The alters provide a way to cope with the event, and to defend the person from the pain of it.

Treatment for DID will center on unifying the alters into one integrated identity. Because trauma is involved, there will be trauma focused therapies that help the person work through the stressful event.

There are many types of therapies that can help relieve the effects of trauma. These include:

One-on-one talk therapy gives the person a chance to discus in depth their history of trauma. These sessions provide a safe space for sharing, while the therapist works with them to connect the “alters” into one single entity. Some of the types of therapy used might include:

These are activities that support the other therapies and can lead to real breakthroughs. These might include:

Hypnosis has been shown to be helpful for DID patients. The hypnotherapist is able to explore deep feelings and memories. Some are able to connect with the alters during sessions.

This is a technique that helps the person train their thoughts, turning them away from disturbing memories.

There is no psychiatric medication designed just for treating DID symptoms. There are meds, though, that can help some of the symptoms, such as anti-anxiety meds and antidepressants.

Untreated DID is very hard to endure. Life becomes like a maze of confusion. There are events that happen that can’t be recalled, leaving a blank space in the memory. Anxiety symptoms are common because you are always off balance. Over time, depression can set in and suicide risk increases.

Someone who is struggling with DID needs help. It is not possible to manage the symptoms of the illness without the aid of treatment. Therapy can help the person see that their illness is a response to trauma, like a wall of defense against the memories. With support and treatment, people with DID can live a productive life.

The Treatment Specialist is an online resource for informative articles on mental health conditions and treatment options for adults, teens, and families. If you believe you or a loved one has DID, reach out to our helpful team today at (866) 644-7911.