Heroin Detox Centers Near Me

How do I Find Heroin Detox Centers Near Me?

As already established, heroin is a very powerful depressant and narcotic of the opiate family. It is derived from the opium poppy and processed in the form of a crystalized rock or powder. According to the National Survey on Drug Use and Health (NSDUH), in 2012 about 669,000 Americans reported using heroin in the past year, a number that has been on the rise since 2007. This is especially predominant in young adults of the age group of 18–25. The number of people using heroin for the first time is unacceptably high, with 156,000 people starting heroin use in 2012, nearly double the number of people in 2006. It is estimated that between 26.4 million and 36 million people abuse opioids worldwide, with an estimated 2.1 million people in the United States suffering from substance use disorders related to prescription opioid pain relievers in 2012 and an estimated 467,000 addicted to heroin.

These alarming numbers are a matter of growing concern and off late there have been numerous death reported across the United States directly related to heroin overdose.

How do you go about finding the right heroin detox centers near me for yourself or someone you know? 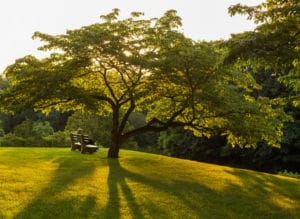 It is important to understand the effects of heroin and why it draws its victims in so dramatically. When heroin is injected or smoked, within a couple of minutes the user will feel a sudden rush of euphoria and a warming of the body along with heaviness of the extremities. A user will oscillate between a wakeful and drowsy state with their heart beat becoming irregular and extremely slow. Breathing becomes deep and tough and in worst cases the victim suffers from cardiac arrest and is often fatal.

The heroin causes a severe physiological and psychological dependence which needs to be treated medically in order for the patient to be cured of its effects.

Heroin Detox and thereafter heroin addiction treatment can be a very challenging process for the person as well the family/ friends around. It is important for a person to take professional guidance and help to improve their chances of detox and getting clean. While treatment can vary in terms of its financial outlay there are several options available to help suit the needs of every individual.

According to NIDA (National Institute on Drug Abuse), there are three broad type of medication that help with heroin detox symptoms and withdrawal:

Methadone, Buprenorphine and Naltrexone each of which plays its part in helping the addict complete their heroin addiction treatment successfully.

When the above medication are coupled with behavioral treatment such as contingency management and cognitive-behavioral therapy they have proven to have a much higher success rate. Contingency management rewards the person who stays clean with tangible things that they can use in their daily life to lead a healthier lifestyle. Cognitive behavioral therapy enables the patient to adjust their expectations of their own recovery in order for them to feel in control and help them achieve a higher success rate in their effort for heroin addiction treatment.

Get Help and Speak to a Treatment Specialist

Receiving immediate help for heroin addiction is extremely important to getting your life and health back. If you or someone you know is using and addicted to heroin, call to connect with a treatment center at (866) 644-7911 for a free confidential assessment and insurance verification.